Getty Head coach Sean McDermott of the Buffalo Bills watches his team play against the Carolina Panthers during the second quarter of a preseason game at Bank of America Stadium on August 26, 2022 in Charlotte, North Carolina.

The Buffalo Bills have been thrust under major scrutiny after the team’s newly minted starting punter Matt Araiza, a.k.a. “The Punt God,” was accused in a lawsuit of gang raping a 17-year-old girl, along with two other San Diego State football players at an off-campus Halloween party on October, 17 2021.

While the 22-year-old rookie was expected to play in the Bills’ final preseason game against the Carolina Panthers on Friday, August 27, and traveled with the team to Bank of America Stadium, he ultimately did not play, and backup quarterback Matt Barkley took over his punting duties.

However, following the Bills’ 21-0 loss, head coach Sean McDermott addressed the media for the first time since the Los Angeles Times’ bombshell report was published on Thursday. In the lawsuit, the victim, referred to as Jane Doe, states that during the assault, she “stumbled out of the room bloody and crying. Her nose, bellybutton, and ear piercings had been pulled out, and she was also bleeding from her vagina.”

Immediately after the Times article was published on Thursday, WKBW reporter Matthew Bové tweeted the following statement on behalf of the Bills franchise:

“We were recently made aware of a civil complaint involving Matt from October 2021. Due to the serious nature of the complaint, we conducted a thorough examination of this matter. As this is an ongoing civil case, we will have no other comment at this point.”

However, during the postgame press conference on Friday night, McDermott’s candid comments on the incident surprised numerous analysts. He announced that it was his decision for Araiza not to play against the Panthers, “It didn’t feel right,” he said, and noted that the situation with Araiza is extremely serious.

McDermott also said his “heart, thoughts, and prayers go out to everyone involved in the situation, including Matt, and the victim.” As for how much it dampens the spirits in the locker room, “Where do you want to start,” he said.

“This is a game, but there are other things that are more important than this.” pic.twitter.com/Me6ybkRfzD

Bills Wire reporter Nick Wojton tweeted, “A massive statement from #Bills head coach Sean McDermott we usually never get, asked if he learned anything ‘new’ relating to the Matt Araiza situation: ‘There’s been some and I’m not going to deny that.’ Wow.”

"There's been some and I'm not going to deny that."

Won't go into who is responsible for not providing all the info, Araiza or #Bills investigation. pic.twitter.com/9QxkCifjlc

WIVB TV reporter Chris Horvatits tweeted, “One day after the Bills said they conducted a ‘thorough examination’ of a rape allegation against their punter, their head coach sounded emotional and blindsided during a postgame press conference.” 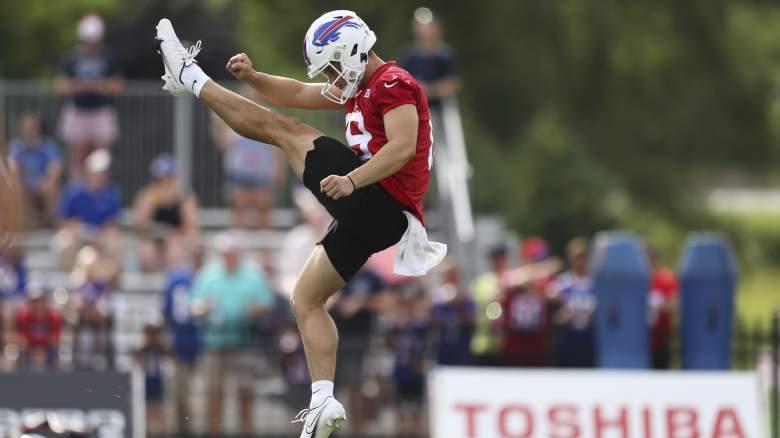 McDermott was asked on Friday night if he felt Araiza lied to him about the incident, “I’m not going to get into that, respectfully. Just working on finding that truth. That’s where we’re at with it,” McDermott said, adding that he wants “to do the right thing. That’s what I know to do and that’s what we’re going to work on.'”

After the Bills’ initial statement was released, ESPN’s Mina Kimes tweeted, “Incredibly disturbing. The Bills say they “conducted a thorough examination of this matter”–as always, it bears asking what that actually entailed.”

On Friday, The Atheltic’s Tim Graham offered insight into that question. He tweeted, “Asked if the Bills reached out to him or his client as part of their ‘thorough examination’ of rookie punter Matt Araiza rape allegations, accuser’s attorney @dangilleon tells me, “Absolutely not. Never heard from them again.”

“Gilleon adds his initial contact with the Bills was a long phone call with the team’s assistant general counsel, Kathryn D’Angelo, but Bills never asked anything more or wanted to speak with his client.” 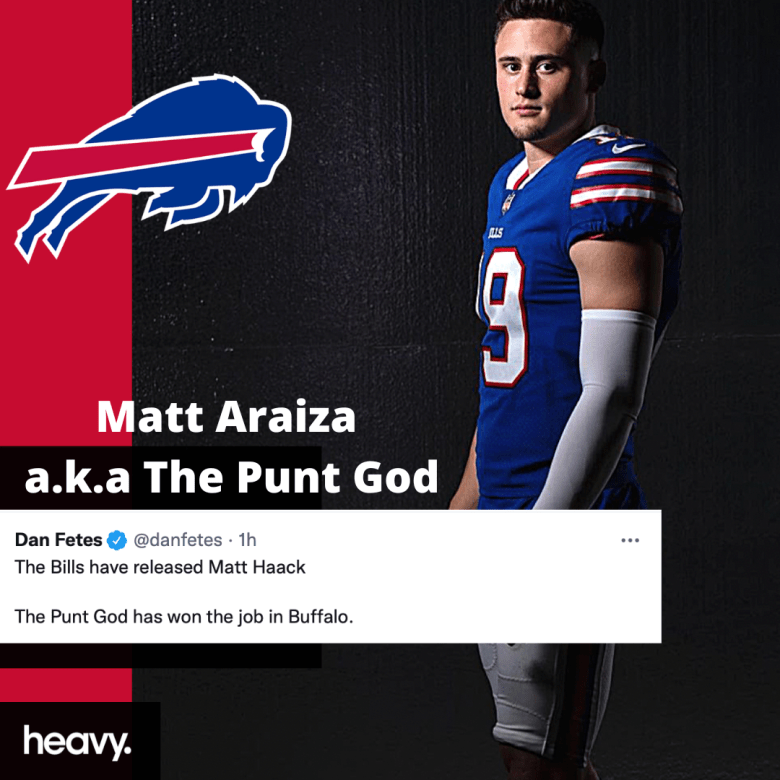 If the Bills were not aware of the lawsuit before the 2022 NFL Draft, the team was before they cut veteran Matt Haack and named Araiza, a.k.a “The Punt God” as the team’s starter.

ESPN reporter Alaina Getzenberg’s tweeted on Friday, “The team was aware of this when Matt Haack was cut Monday and well before. Jane Doe’s attorney, Dan Gilleon, emailed the team’s representation on July 30. For further clarification, Gilleon initially reached out to the team on July 30 and sent an email with background information the following day. He then spoke with a representative from the Bills the day after that (Aug. 1).”

Araiza’s Lawyer Made a False Statement During His TV Interview

On Thursday evening, Araiza’s criminal defense lawyer, Kerry Armstrong, who is a longtime friend of the football player’s family, and not representing the punter in the civil suit, appeared on CBS 8 to defend his client. “He is 100% adamant that he never forcibly raped this young lady or forcibly had sex with her in any type of way or had sexual relations with her when she was intoxicated, be it alcohol and/or drugs,” Armstrong said.

When the reporter asks if Araiza informed the NFL of the investigation before the 2022 NFL Draft, during which the Bills selected his client in the sixth round. “You better believe he did,” Armstrong answered.

Later on Friday, Armstrong walked back his comments, telling ESPN that he misunderstood the question from the CBS 8 reporter, and doesn’t know if Araiza told the NFL about the allegations before the draft.

“Apparently I said that, so that was a mistake,” Araiza’s lawyer said. “But he was forthcoming with the Bills, but I don’t think it was until after he was drafted because he didn’t know that this was ever going to go anywhere until the L.A. Times article came out, I think around, whatever it was, five or six weeks ago.”

The Times article Armstrong is referring to was published on June 3, which stated that rape allegations against five Aztec football players had not been investigated by the college. “I don’t know how quickly after that. But it was after that” that Araiza informed the Bills of the situation, according to Armstrong.

Gilleon, the victim’s lawyer, slammed Armstrong’s claim that the lawsuit is a money grab. “Kerry Armstrong is calling my client’s lawsuit a ‘shakedown’, but he offered money before his client was a Buffalo Bill and we ignored the offer,” he tweeted and shared screenshots of text messages on Twitter to support his statement.

During the Bills preseason game in Carolina, as reported by Graham, the punter’s agent, Joe Linta, texted the following statement from Araiza, “The facts of the incident are not what they are portrayed in the lawsuit or in the press. I look forward to quickly setting the record straight.”