Fuller, who’s 6-foot-1, and 180 pounds, spent four seasons at Texas A&M before transferring to Tulsa as a graduate student. He finished the 2021 NFL season at Tulsa before landing on the Bills’ practice squad. The sudden switch move comes as surprise because Fuller’s future in Buffalo appeared promising.

Pro Football Network’s Aaron Wilson tweeted after he was signed on April 30 that Fuller was given a “$7,000 signing bonus” and while he “had multiple offers from NFL teams,” the prospect “preferred the Bills.” 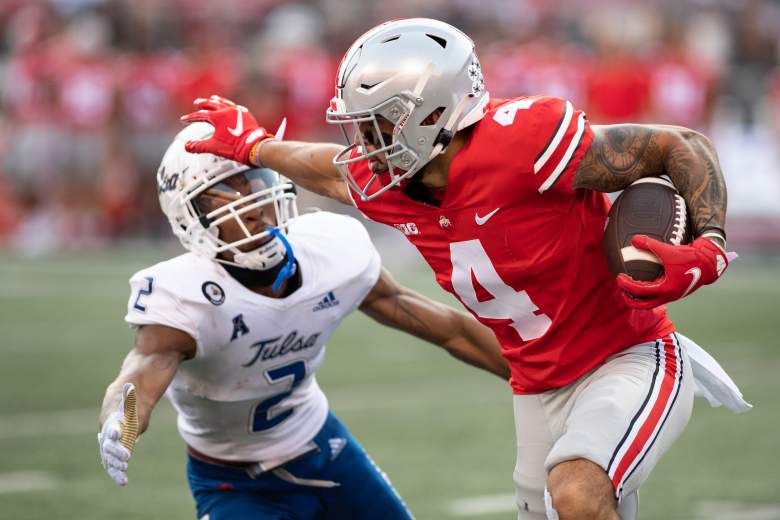 While it’s difficult for any undrafted rookie to make the 53-man roster, especially on a team as stacked as the Bills, Fuller appeared to have a competitive chance since the cornerback position is in flux due to Pro Bowler Tre’Davious White’s return date remaining unknown.

Buffalodown’s Brandon Croce wrote, “The training camp battle for that final spot at cornerback should be one of the most competitive on the Buffalo Bills roster this year and Travon Fuller should be in the mix.”

The Bills Signed Miller to a 1-Year Contract

Miller, who spent four years at Washington before getting selected by the Atlanta Falcons in the fifth round of the 2019 NFL Draft, had a rough start to his professional career. In December of his rookie year, the 25-year-old was suspended for four games for violating the NFL’s performance-enhancing substance policy, as reported by the Falcons’ reporter Kelsey Conway.

While one game suspension was served right away, the other three games were enforced at the start of the 2020 regular season. Throughout his 10-game appearances during his rookie season, he recorded four tackles along with one special teams recovery.

After returning to the Falcons’ active roster, the 6-foot-2, 190-pound corner suffered an oblique injury during Atlanta’s Week 4 loss to the Green Bay Packers and was placed on injured reserve. After four weeks, Miller was able to return to practice but got waived in late December.

Miller went on to sign a reserve/futures contract with the Seattle Seahawks. but was waived before the preseason started in August 2021. The cornerback went on to sign with the Saint’s practice squad, where he made multiple appearances on the team’s active roster before getting waived on July 26, 2022.

Not only did Miller replace Fuller, he also took over the rookie’s former jersey number. The Athletic’s Joe Buscaglia tweeted on Saturday, “The Bills had a new No. 32 on the practice field today. CB Jordan Miller. It had been Travon Fuller, but he was not at practice yesterday and was again unaccounted for today.”