While there are just six days before the Buffalo Bills kick off the 2022 NFL season with a primetime matchup against the Los Angeles Rams, there was one very important event that running back Zack Moss wanted to complete first, marrying fiancé, Jess Santos.

The couple, who’ve dated since they were students at the University of Utah, first announced that they were engaged in a shared Instagram post on June 30, posting photos of the gorgeous proposal where Moss had rose petals laid on the beach in the shape of a heart.

Moss and Santos waited to tie the knot until after training camp ended, and the intimate ceremony took place on Wednesday, August 31, according to a post shared on Instagram by Moss’ NFL agent, Kate Ferrara. The wedding commenced one day after the Bills announced their initial 53-man roster, which included Moss, Buffalo’s former third-round pick from the 2020 NFL Draft.

Mr. and Mrs. Moss said, “I do” in an outdoor ceremony in Miami, Florida, before taking the party inside for dinner and dancing. The couple’s first dance was to Ed Sheeran’s 2017 hit song, “Perfect.” Based on the pictures and videos the 24-year-old running back re-post on his Instagram stories, it doesn’t appear that any of his Bills teammates or coaches were in attendance. 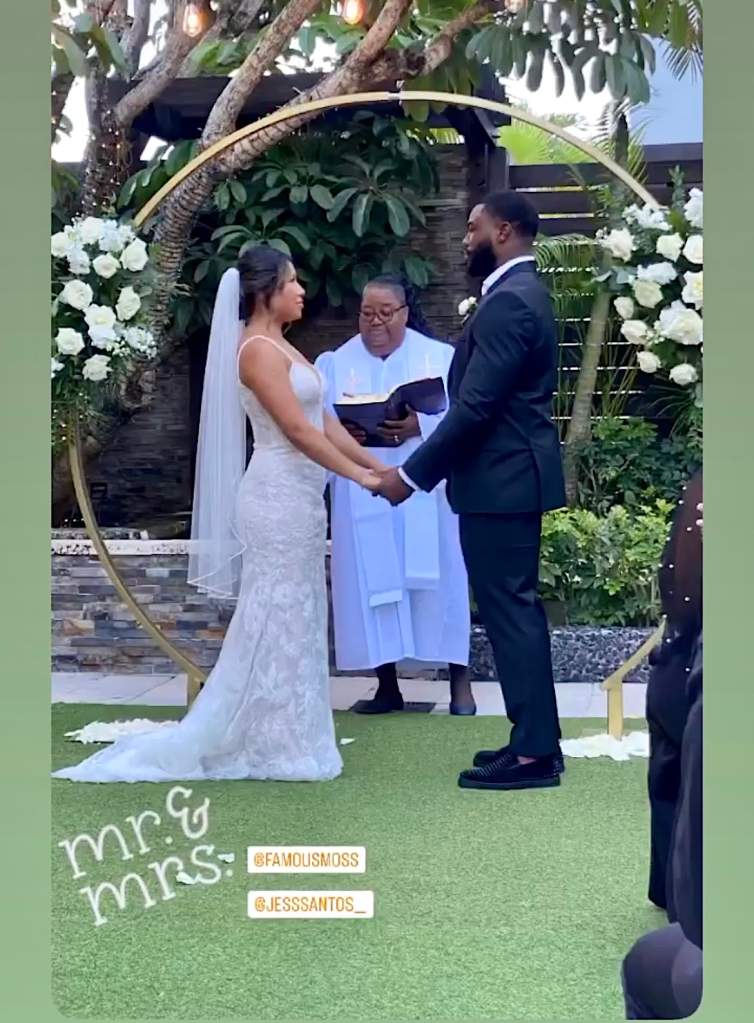 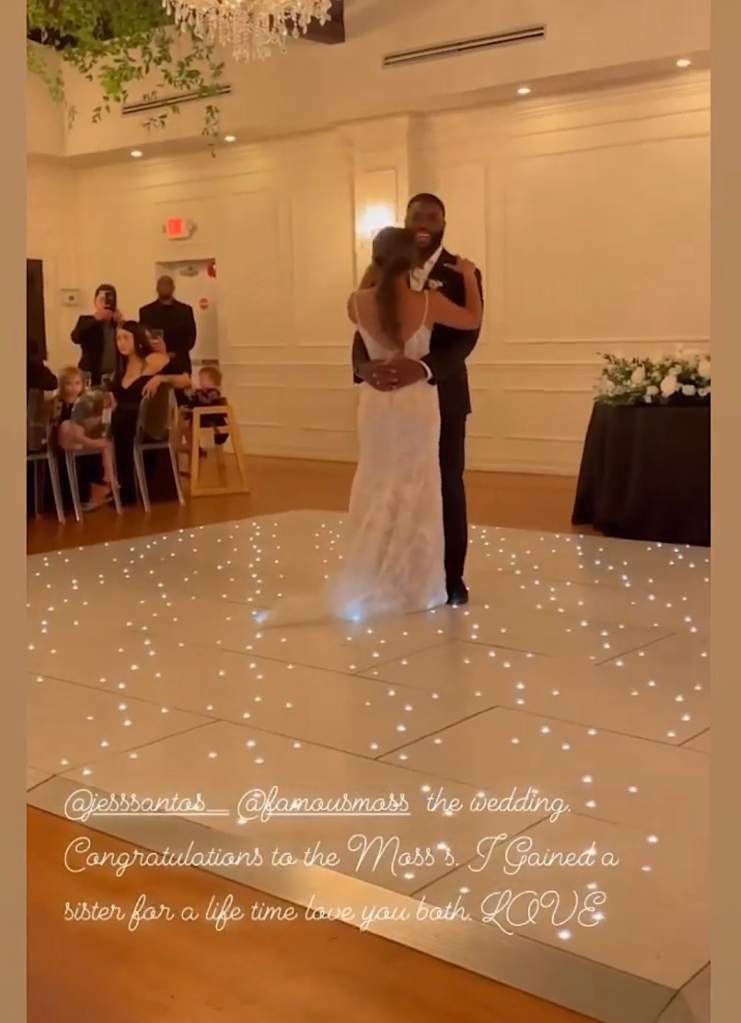 Moss pinned a video clip of their wedding ceremony to his page entitled “Our Day…” About six weeks before the couple said their vows, Moss shared a picture of the proposal on Instagram and wrote, “God has perfect timing; never early, never late. It takes a little patience and faith, but it’s worth the wait. “✍🏾🌹✝️🛐♾️.”

Moss Has Endured a Rollercoaster Offseason

It’s been a tough offseason for Moss, who’s about to enter his third season with the Bills. After Buffalo selected James Cook in the second round of the 2022 NFL Draft, numerous NFL analysts believed the rookie could take over Moss’ role as the No. 2 back behind Devin Singletary.

Cook getting drafted by Buffalo “spells a bit of trouble for Moss,” RotoWire’s staff wrote on May 2:

His struggles to date probably are part of the reason the Bills drafted a running back so high. Meanwhile, Singletary ended the 2021 season on a tear, scoring nine touchdowns over the team’s last six games (three regular season, three playoffs) while surpassing 80 rushing yards in four of them. Moss last received double-digit carries all the way back in Week 5, and he even was a healthy scratch at times. Expect Cook to start chipping in on Singletary’s workload right away, and the rookie could even leapfrog Moss in short order for the No. 2 role.

I do NOT want Zack Moss traded.
Where do you stand on it #BillsMafia ? pic.twitter.com/JB3BH1YbwY

Moss, who’s never stared a game for the Bills, appeared in 13 games during the 2021 season, rushing for just 345 yards on a 3.6 yards-per-carry average with four touchdowns. With the off-season addition of veteran Duke Johnson and undrafted rookie Raheem Blackshear several analysts believed Moss’ stake on the active roster could be in jeopardy.

On August 26, Pro Football Network’s Mike Kaye reported that he could be on the trade block. Kaye said that he was “primed to be dealt” ahead of final cuts, floating both the Philadelphia Eagles and Minnesota Vikings as possible landing spots.

However, three days later, NFL Network’s Aaron Wilson debunked Kaye’s report. Wilson tweeted, “The Buffalo Bills are not interested in trading running back Zack Moss, odds of trading him are ‘zero,’ per a league source @PFN365.”

Moss Made a Statement During the Preseason

In Buffalo’s preseason opener against the Indianapolis Colts, Moss recorded three carries for 37 yards, and during the Bills’ preseason game against the Denver Broncos, Moss scored two 1-yard touchdowns in the first half. During the Bills’ final preseason matchup, Moss did not play, which was good news for the running back, as none of the team’s starters were scheduled to participate.

Moss is looking to be a meaningful contributor to the Bills’ run game this year, and after beating out both Johnson and Blackshear for a spot on the active roster, he could finally have his breakout year.