Getty The Bears extended one of their playmakers late Saturday night.

It may not be the extension Chicago Bears fans have been hoping for, but a deal got done nonetheless. According to NFL insider Ian Rapoport, the Bears re-signed running back and punt returner, Tarik Cohen, to a three-year contract extension late Saturday evening.

The move comes at a time when Chicago’s best player, wide receiver Allen Robinson, has been increasingly frustrated with his current talks with the team.

It was reported Saturday afternoon that the Bears were close to getting a deal done with Cohen and that they had also resumed talks with Robinson, but the day came and went and nothing happened. Now, with Chicago securing Cohen’s services for another three years, the fan base has to be wondering: where in the world is A-Rob’s contract? 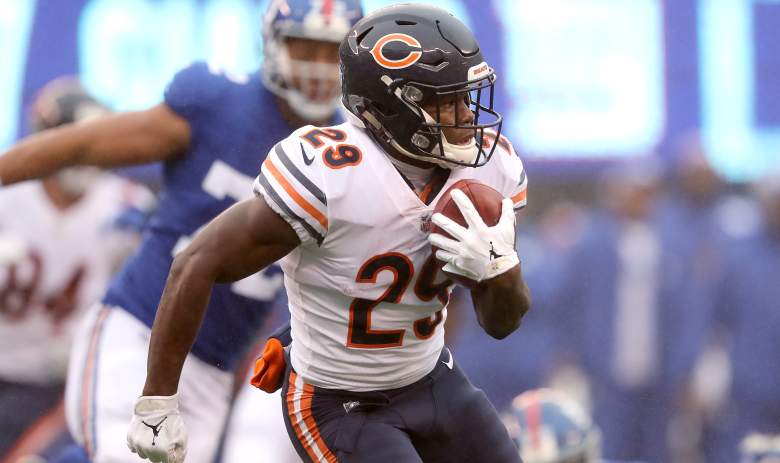 Cohen’s new deal with the Bears is a three-year, $17.25 million extension. The running back/punt returner will make an average of $5.75 million per year. With incentives built into the contract, it could ultimately turn into an 18.25 million, $6.093 per year deal, according to Rapoport.

He’ll make $9.53 million in fully guaranteed money, with a chance to increase that to $12+ million if he performs optimally.

Tarik Cohen gets $9.533M fully guaranteed and $12.033M max guarantee on his deal. With plenty of time before kickoff. https://t.co/T4CwqY63Pg

Cohen, who is now in his fourth year with the team, was an All-Pro punt returner in 2018, and he also established himself as one of the better gadget backs in the league that year. But like the rest of the team (other than Robinson, cough cough), Cohen regressed a bit in 2019, netting career lows in rushing yards (213), yards per carry (3.3) and yards per reception (5.8).

The Bears drafted Cohen in the fourth round of the 2017 NFL Draft, and he has been an electrifying player at times. Since signing with the Bears, he has 1,068 yards rushing, 1,540 yards receiving and 15 total touchdowns.

What Does This Mean for Allen Robinson? 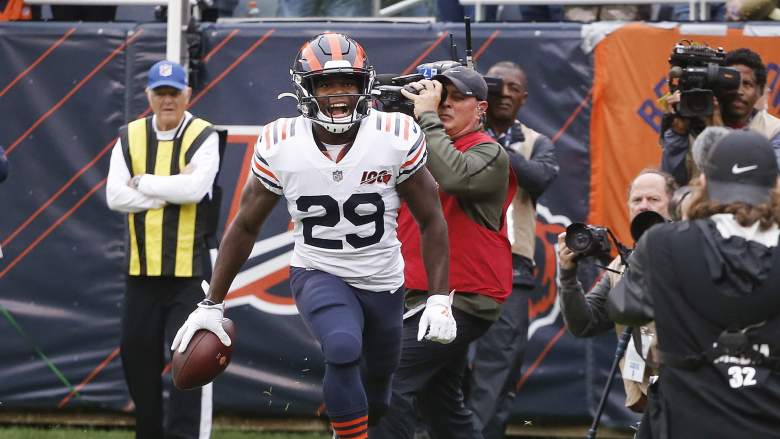 GettyChicago Bears running back Tarik Cohen was a relatively unknown player when he was drafted by the Bears in the fourth round in 2017. (Photo by Nuccio DiNuzzo/Getty Images)

Hopefully, this means Chicago is currently figuring things out financially, right? They have to be getting their books in order, and Cohen was just part of their plans for the future, so they locked him up now. Surely, they are also working on making their best offensive player happy, too, right?

It wouldn’t make sense for the Bears to deliberately get deals done with other players while their elite wide receiver sits watching, unhappy, waiting to see a payday he has unquestionably earned.

Cohen himself has Tweeted multiple times in support of the Bears extending Robinson, and with fans, players and media alike all clamoring for the team to extend A-Rob, the Bears have their most key player still waiting in the wings. It’s not a good look, but hopefully, it’s not one the Bears wear for much longer.

All in all it’s a great day to #ExtendAR

Loading more stories
wpDiscuz
0
0
Would love your thoughts, please comment.x
()
x
| Reply
The Bears re-signed one of their key players -- just not the one you think.