Denver Broncos head coach Vic Fangio has added another former member of the Chicago Bears defense to his current team. Tuesday, the Broncos signed linebacker Isaiah Irving to their 53-man roster, as was first reported by KOA Sports’ Benjamin Allbright. Irving will fill the roster spot vacated by All-Pro Von Miller, who was placed on injured reserve with a knee injury.

Per Source the Denver Broncos have signed outside linebacker Isaiah Irving to the 53 man roster.

Irving joins cornerbacks Bryce Callahan and Kevin Toliver as the third former member of the Bears Fangio has signed since taking over as head coach of the Broncos in 2019. As Bears fans know, Fangio had a very successful run as Chicago’s defensive coordinator from 2015-2018, so it’s no surprise to see him signing several of his former players to his current squad. 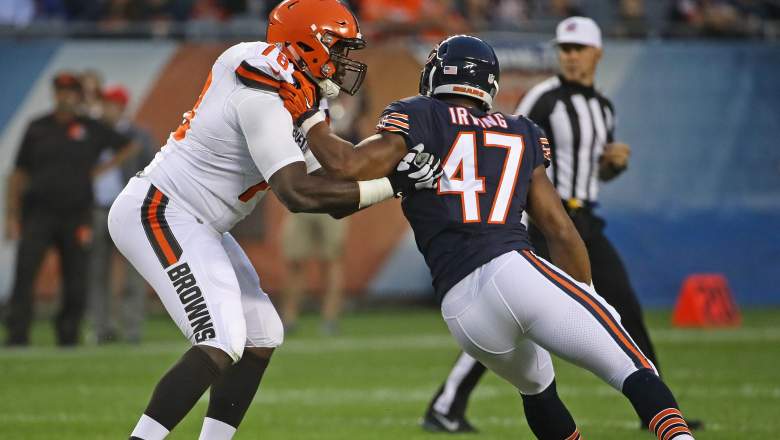 GettyLB Isaiah Irving was with the Chicago Bears since he came into the league as an undrafted free agent in 2017. (Photo by Jonathan Daniel/Getty Images)

Irving was released by the Bears earlier this year when they narrowed their roster down to 53. The team waived him with an injury reserve settlement on September 7. The 6-3, 254-pound linebacker went to college at San Jose State, where he started 47 games, tallying 23 tackles for loss and 11 sacks. He went undrafted in the 2017 NFL Draft before catching on with the Bears, who initially signed him to the practice squad.

Irving was promoted to the active roster later that season, where he stayed until the team released him earlier this month. The linebacker played in 33 total games for the Bears, and he appeared in 13 games in each of the last two seasons. He had one fumble, a sack and one tackle for loss during his time with Chicago.

Isaiah Irving Will Give Broncos Depth at LB, Special Teams 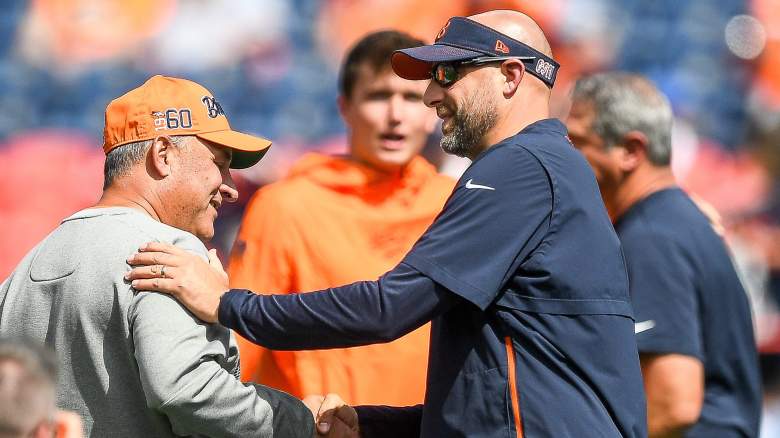 GettyHead coach Vic Fangio of the Denver Broncos and head coach Matt Nagy of the Chicago Bears shake hands before a game at Empower Field at Mile High on September 15, 2019 in Denver, Colorado. Fangio was DC for Nagy in 2018. (Photo by Dustin Bradford/Getty Images)

It didn’t take long for Denver to pick Irving up after Miller suffered a devastating knee injury that was very likely season-ending.

“On a personal basis as it relates to Von, everybody is sad and disappointed for him,” Fangio said after news of Miller’s injury broke. “As it relates to our team, we’re disappointed. Anytime you lose anybody, you’re disappointed. But we will move on and we will make it work. We lost Bradley [Chubb] last year, an equal player at the same position and we played our best football after that. That’s not because we didn’t have Bradley. We just kept developing as a team and we compensated for it. We have a better team this year overall, so I expect us to still be a good team without Von.”

With Miller out, Irving will likely sit behind Jeremiah Attaochu, Malik Reed, and Bradley Chubb on the depth chart.