The Chicago Bears continue to search for depth on their defensive line. After signing defensive tackle Daniel McCullers off the Pittsburgh Steelers practice squad last week, the Bears are now bringing in undrafted free agent Darrius Moragne for a work out, per NFL Draft Diamonds.

Moragne played two years of college ball at Kansas, appearing in 15 games in that span. The 6-7, 294-pound lineman had 45 total tackles, 5.5 tackles for loss and 2.5 sacks in his limited appearances, most of which came his senior year in 2019.

The Bears are also adding another defender to their practice squad. As reported by insider Josina Anderson, Chicago is signing defensive tackle Terry Beckner Jr. to its practice squad after his workout with the team on Monday.

Beckner, who is smaller than Moragne at 6-4, 295 pounds, was drafted by the Tampa Bay Buccaneers in the seventh round of the 2019 NFL Draft. The Bucs placed him on their practice squad last year, but released him in November after he served a four-game suspension for using performance-enhancing drugs. Beckner also had a try out with the Bears in late August, so he’s already semi-familiar with the team.

The #Bears notified, and are expected to sign free agent DT Terry Beckner Jr. to the practice squad following his workout this morning, per source.

The Bears are currently 17th in the NFL in rushing yards allowed per game, which isn’t ideal. When nose tackle Eddie Goldman chose to opt out, we knew the team’s run defense would take a big hit — we just didn’t know how big.

To be clear, neither Moragne nor Beckner would be anything more than a depth piece for this defense — if they even see the field. What the Bears really should do to help their ‘D’ bottle up the run better is go out and sign Damon ‘Snacks’ Harrison, who has already expressed interest in playing in Chicago.

Still, Mario Edwards Jr. is the only player listed behind starter Roy Robertson-Harris on the team’s depth chart, and with backup nose tackle John Jenkins currently on IR, the Bears are clearly looking to store a few big bodies on their practice squad, just in case.

Terry Beckner Jr. College Stats: Who is the Newest Member of the Bears’ Practice Squad? 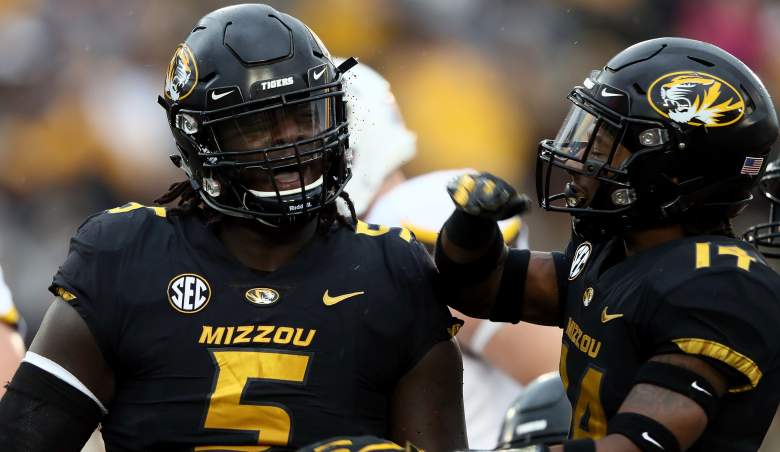 Beckner played his college ball at Mizzou, appearing in 42 games in his four seasons. In that span, he had 120 total tackles, 13.5 sacks, an interception, a forced fumble, and two fumble recoveries.

He did tear the MCL and ACL in his right knee during his freshman season, and he also tore the ACL in his left knee during his sophomore season in 2016, so he does have a few red flags injury-wise. Still, he recovered nicely during his junior and senior campaigns, so both injuries are pretty far removed.