Getty Ex-Bears QB Mitchell Trubisky could be reunited with a few familiar faces next season.

It’s looking like former Chicago Bears starter Mitch Trubisky is going to get a second chance to lead an NFL team. The only question now is which one.

After spending a year with the Buffalo Bills backing up Josh Allen and learning from offensive mind Brian Daboll, Trubisky is rumored by multiple insiders to be an in-demand quarterback with multiple suitors.

I’ve talked to more NFL teams this week about Mitchell Trubisky than the 22 QB class.

I think that says a lot.

Insider Jordan Schultz tweeted on February 28 that “several execs” have informed him the 27-year-old quarterback is still “viewed as a starting QB” in this league, naming the New Orleans Saints, Washington Commanders and Pittsburgh Steelers as teams actively interested in the former Bears QB.

SB Nation’s Commanders Football also revealed on February 28 that Trubisky has some strong support in Washington from a few familiar faces. 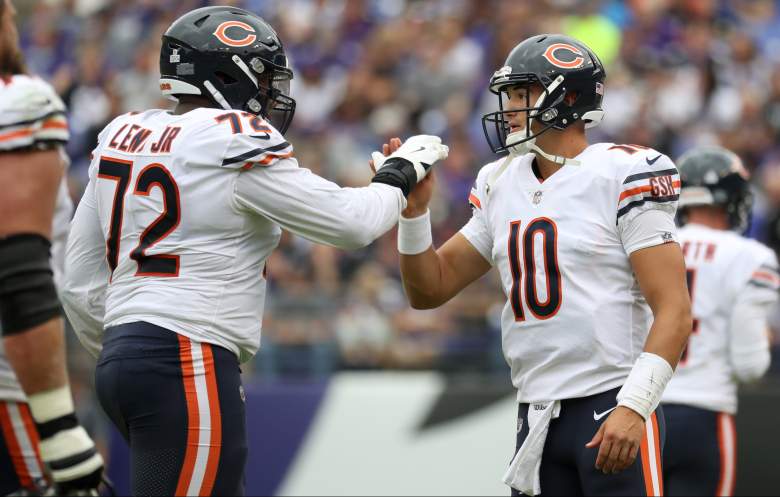 “Juan Castillo, Commanders’ new TEs coach, was Bears’ OL coach in 2020 when Trubisky was on the team and speaks highly of him. So does Charles Leno, who was a teammate and respected voice,” Commanders Football tweeted.

Worth noting Juan Castillo, Commanders’ new TEs coach, was Bears’ OL coach in 2020 when Trubisky was on the team and speaks highly of him. So does Charles Leno, who was a teammate and respected voice

Castillo was with the Bears for the 2020-21 seasons, working with Trubisky in 2020. A January 2022 report by The Athletic revealed major tensions between Trubisky and former Bears head coach Matt Nagy, but it doesn’t appear Castillo had any issues with the QB during his tenure in Chicago. Thus, it also looks as though Washington is a legit contender to land Trubisky this offseason.

Working with Allen, Daboll (who has since been hired as the new head coach of the New York Giants) and company in Buffalo for a year has been a good thing for Trubisky. Not only did he improve his knowledge of the game, he waited until the market was just right. Now, he should at least get the shot to compete for a starting job after a year learning on the bench.

“One thing Josh showed [Trubisky] is it’s OK to freelance a little bit, use your athleticism and instincts,” Buffalo general manager Brandon Beane told Jeremy Fowler of ESPN. “I think he will take that with him.”

“Mitch has been through the ringer,” Allen told Fowler. “No. 2 pick, how he handled being a professional, coming into a situation where you never thought you’ll be in that situation, that’s not easy. But he handled it with such class.”

“The dude is an athlete,” Allen added. “I don’t think people really understand that. You give him leeway in an offense to have that mindset of, ‘See it, do it, we trust you.’ He’s going to kill it.”

It’s becoming clear Trubisky will get a second chance. What he does with it will be up to him.

Loading more stories
wpDiscuz
0
0
Would love your thoughts, please comment.x
()
x
| Reply
It looks like a few familiar faces are putting in a good word for Mitch Trubisky.