Getty The Bears have signed DT Daniel McCullers off the Steelers' practice squad.

The Chicago Bears just got quite a bit bigger. According to the latest list of league transactions released by NFL Draft Diamonds, the Bears have poached defensive tackle Daniel McCullers off the Pittsburgh Steelers‘ practice squad. He will provide depth at nose tackle, particularly with Eddie Goldman choosing to opt out, and his replacement, John Jenkins, currently dealing with a thumb issue.

The Bears will be getting a big body on the line in McCullers, who is 6’7″ and 352 pounds. He was drafted by the Steelers in the sixth round of the 2014 NFL Draft, and he spent his first six seasons in Pittsburgh. Over that time, McCullers played in 73 games, starting three. Many were surprised when the Steelers released the veteran nose tackle in favor of rookie Carlos Davis earlier this year, but the team signed him to the practice squad shortly after his release. When McCullers terminated his contract with Pittsburgh Tuesday, it seemed likely he was heading out of town — and now we know where.

Daniel McCullers terminated his contract with the Steelers yesterday, and now we know why. The 6’7”, 350 pounder is signing with the #Bears. He had 3 starts in 73 career games in Pittsburgh. https://t.co/5KXrGFQlSU 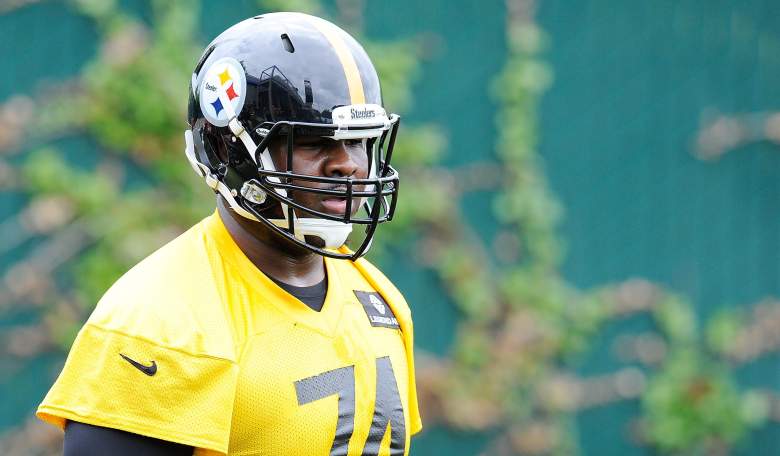 GettyNose tackle Daniel McCullers was poached off the Pittsburgh Steelers’ practice squad by the Bears Wednesday. He won’t start, but he could be a rotational presence early. (Photo by Joe Sargent/Getty Images)

McCullers, who many have dubbed “Shade Tree” due to his massive size, played his college ball at Tennessee. While he doesn’t have a concerning injury history, (a torn labrum in 2016 is the worst injury of his pro career) the defensive lineman never quite became the stud on the line the Steelers hoped he would.

In his 73 games with Pittsburgh, McCullers had 2.5 sacks, 41 total tackles, four tackles for loss and nine quarterback hits. He played an average of 10 percent of the Steelers’ defensive snaps over his career, and he also spent some time on special teams, although it wasn’t much. He also has one blocked kick so far in his career. It’s unclear how much playing time McCullers will get right away, but that will very likely depend on the health of current backup nose tackle John Jenkins. 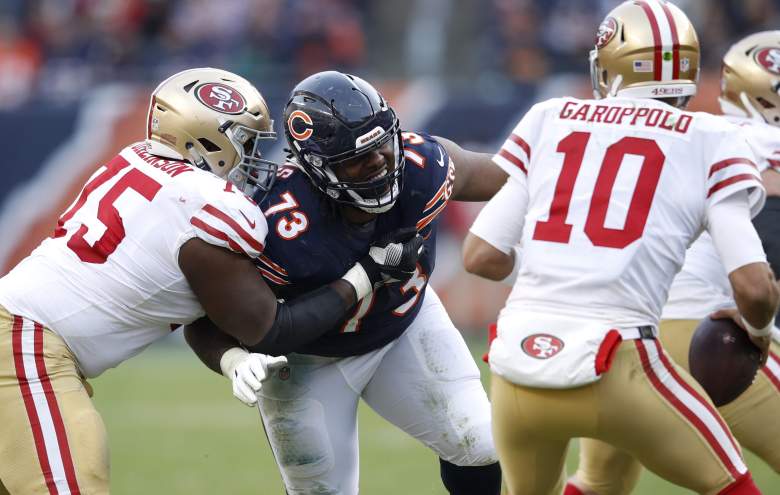 GettyEddie Goldman’s backup, John Jenkins, has been battling a thumb injury and did not practice Wednesday.

Bilal Nichols has been filling in for starter Eddie Goldman, but Jenkins has been popping up on the injury report this week, and depending on the severity of his thumb injury, McCullers could see action as early as Week 3 against the Falcons. Jenkins did not practice at all Wednesday, so his outlook is murky at best.

With pass rushers like Nichols, Khalil Mack, Robert Quinn and Akiem Hicks, a player like McCullers would be an intriguing body to add to the mix. While he wouldn’t necessarily warrant double teams, he certainly would fill the middle of the field up nicely. It will be interesting to see how he fares against the run, as well as how much he sees the field.