Dwayne Harris will likely return punts against the Saints.

The Chicago Bears will likely be moving on from veteran Ted Ginn Jr. as their punt returner. The Bears elevated wide receiver and punt return specialist Dwayne Harris to their 53-man roster ahead of their Week 8 contest against the New Orleans Saints. The team announced the move Saturday afternoon via their official Twitter account.

We have activated WR Dwayne Harris from the practice squad to the active roster. @Hyundai | #DaBears

The Bears signed Harris to the practice squad last week, which was an early indication they’d be moving on from Ginn, who has come under fire recently for his failure to haul in many of the punts that come his way. If Harris does well, he’ll likely be their primary punt returner moving forward.

Just this week, Bears special teams coach Chris Tabor doubled down on his faith in Ginn as the team’s returner. “I have faith in Ted Ginn,” Tabor said. Tabor also spoke highly of Harris this week, noting his skills on defensive special teams have also been solid over the years.

“If you just know his history, (he) has been a good player in this league, and he’s a tough, physical player that can do a lot of different things besides return,” Tabor said about Harris. “He covers and all those things. I’m glad he’s been added to our practice squad and makes everybody better.” Now, he’s been elevated to the active roster. We’ll see if he can make an impact right away.

Dwayne Harris Refresher: A Look at His Stats & History 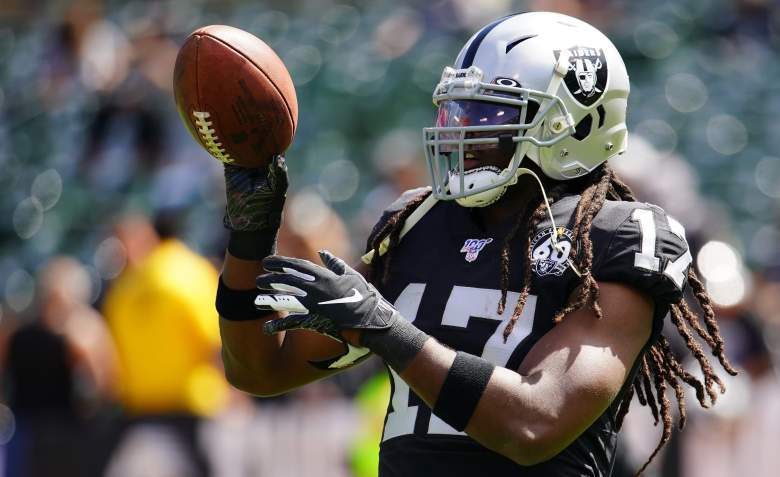 The 5’10, 215 pound Harris is a versatile player with a strong special teams history. He has played wide receiver, while also serving as a punt and kickoff returner, and he has been solid when asked to cover on special teams, as well. A six-time Special Teams Player of the Week, Harris made the Pro Bowl in 2016, when he was with the Giants.

The Dallas Cowboys selected Harris in the sixth round of the 2011 draft. He headed to New York after that, where he spent three years with the Giants, playing in 36 games. He suffered a fractured his foot in 2017, and the Giants let him go that year. He spent the previous two seasons fielding punts with the Raiders.

In his nine-year career, Harris has four punt returns for touchdowns, as well as a kickoff return for a score. He has a 10.1 yard career punt return average, and he has averaged 25.8 yards per kickoff return. As a wideout, he has 77 catches for 874 yards and eight touchdowns.

Ginn has averaged 4.8 yards per return since taking over for an injured Tarik Cohen.