The Chicago Bears have reportedly found a new running backs coach to replace Charles London — and it’s someone with ties to their current roster. Per ESPN’s Adam Rittenberg, the Bears are set to hire Oregon State running backs coach Michael Pitre to fill the same role in Chicago.

Imagine he made an impression on the Bears when they were asking about Pierce as a potential UDFA last year, pretty cool https://t.co/qrBqYFZIOe

A former running back for UCLA from 2003-07, Pitre worked with current Bears back Artavis Pierce for two seasons at Oregon State, and he has also served as a recruiting coordinator with the Beavers for the last three seasons. This will be his first coaching job in the NFL.

Michael Pitre: What Kind of Experience Will He Bring to the Bears? 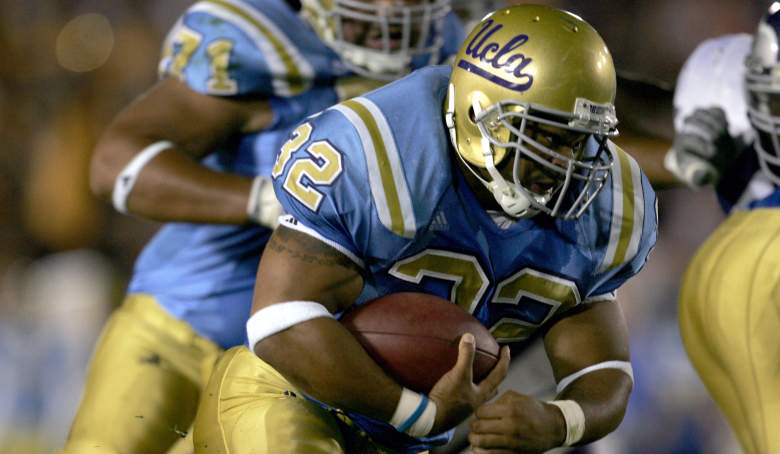 Pitre has been coaching since 2009, with an emphasis on the running back position. He entered the college ranks in 2012, where he has coached up players like Pierce and Jermar Jefferson at Oregon State. Jefferson had 2,923 yards and 27 scores in 27 games with the Beavers, and he’s a prospect to keep an eye on, per draft expert Jacob Infante of Windy City Gridiron:

Pitre also coached Jermar Jefferson at Oregon State. He’s an under-the-radar draft prospect who had 2,923 yards and 27 TDs in 27 games. Keep an eye on him. https://t.co/KyYhQUupCS

Here’s a look at Pitre’s coaching resumé so far:

Pitre also served as a coaching intern for the Kansas City Chiefs in 2017, where he worked closely with then-Chiefs offensive coordinator Matt Nagy and current Chiefs OC Eric Bieniemy.

Could Addition of Pitre Mean Increased Role for Pierce in 2021?

With Tarik Cohen missing the bulk of last season due to a knee injury, Pierce, who the Bears signed as an undrafted free agent, was elevated to the active roster, and he impressed in limited action. He had six carries for 36 yards and a touchdown (he averaged 5.7 yards per carry), and Nagy spoke highly of him as the season progressed.

“He has done everything he possibly could have done to this point to impress us. And we like that,” Nagy said about Pierce, via the Chicago Tribune.

“He’s a kid that really came on and early on for us he did some really good things. I think he’s got really, really good vision, patience in the hole, you know we’re continuing to keep working on his ball skills coming out of the backfield,” Nagy added, via 247 Sports.

“He’s a great kid, he learns well, he learns fast so I think when you have a guy who obviously we didn’t draft him but our personnel did a great job of finding him and now bringing him in here. … He’s done everything that he possibly could have done to this point to do good things and impress us and we like that.”

Will the addition of Pitre mean a bigger role for Pierce in the Bears offense? That remains to be seen, but his presence certainly can’t hurt the running back’s chances.

READ NEXT: Mitch Trubisky Linked to AFC Contender in 2021

He worked with the current Bears running back for two seasons in college.