The Chicago Bears just lost a core member of their offensive line for the rest of the year. Per NFL insider Tom Pelissero, center-guard James Daniels will miss the rest of the season after tearing his pectoral muscle in Thursday night’s win over the Tampa Bay Buccaneers.

Daniels had been off to a solid start this season, and was arguably the best part of the Bears’ offensive line through five games. Now, they have a big hole to fill before playing the Carolina Panthers in 10 days. As of now, it’s unclear whether it will be Rashaad Coward or Alex Bars filling in for Daniels. Bars struggled in limited action against the Bucs defensive front after coming in to replace Daniels Thursday.

A more likely option? The Bears could scour other teams’ practice squads while also searching for available free agents who may be able to come in and give the o-line some depth.

Alex Bars vs Rashaad Coward: Is Either the Answer?

Bars entered the game in relief of Daniels, and immediately gave up a sack on his first series. He looked overwhelmed, and he was outmatched and tossed aside by Bucs’ defensive tackle Vita Vea on what felt like every other play.

The Bears signed Bars, who went undrafted out of Notre Dame, to their practice squad last year before moving him up to their active roster later in the season. He played in five games in 2019, and he made the team’s 53-man roster this year.

Coward signed with Chicago as an undrafted free agent in 2017, when he played defensive end. Bears head coach Matt Nagy converted Coward to an offensive lineman the following season, and he started 10 games at right guard in relief of Kyle Long last year, where he was serviceable, but underwhelming.

Who Can Bears Target in Free Agency to Add O-Line Depth? 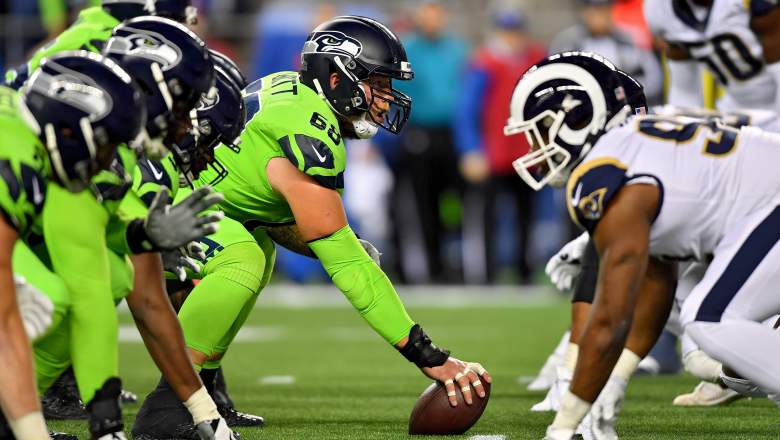 Britt started 86 games for the Seahawks over the last six seasons, but he saw his 2019 campaign cut short. Britt tore his ACL midway through the season last year, and was released by the Seahawks prior to the 2020 season.

If he’s healthy, Britt would be a nice depth addition for a Bears offensive line that will now likely see center Cody Whitehair play a more key role than ever. Daniels was the team’s backup center, so if something should happen to Whitehair, the middle of Chicago’s offensive line will be in serious trouble — if they’re not there already.

The Bears drafted Daniels in the second round of the 2018 draft, and he spent this offseason bulking up, adding 10+ pounds of muscle. He entered the season fit, fast and firing on all cylinders, and his injury is a huge blow for the talented young lineman, as well as this Bears team.

Loading more stories
The word on James Daniels is in.