After working out four running backs this week, the Chicago Bears are now trying out someone on the defensive side of the ball. The Bears are bringing cornerback Jalen “Teez” Tabor in for a tryout, per Brad Biggs of the Chicago Tribune.

#Bears list CB Teez Tabor as coming in for an upcoming tryout. He was a 2017 2nd round pick of the #Lions.

With cornerback Buster Skrine missing his second straight game due to a concussion and the depth behind All-Pro Kyle Fuller an issue, Chicago is trying to add a bit more depth at the position. Rookie corner Jaylon Johnson has also been day to day with a shoulder injury, so the Bears are more banged up at corner than they have been in recent weeks. 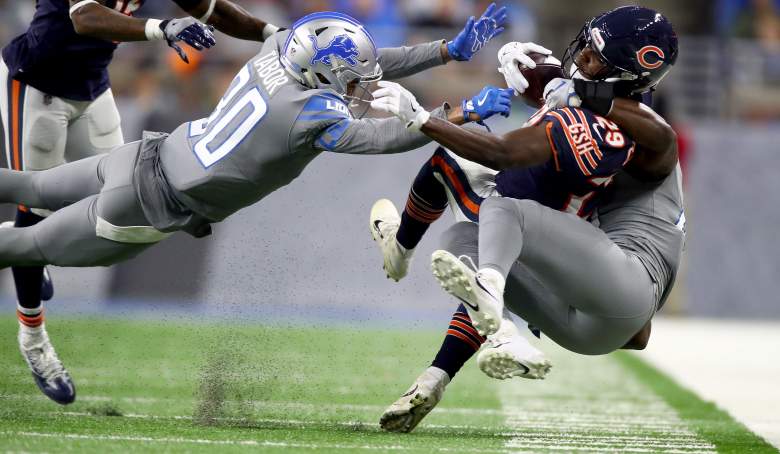 Tabor was picked in the second round of the 2017 NFL Draft. The Lions selected him 53rd overall, signing him to a four-year, $4.82 million rookie contract that year.

At one point, Tabor was ranked as the 20th overall player in the draft that year. He was a 2x first-team All-SEC selection in his three seasons at Florida. After putting up less than stellar numbers at the NFL Combine, however, followed by Florida’s Pro Day, where he had even slower 40-yard dash, 20-yard dash, and 10-yard dash times than he did at the combine, his draft stock took a significant hit. Originally pegged to be a first-round pick, he fell into the second, where Detroit took a chance on him.

“I feel like I’m the best overall player in the draft, not just the best cornerback. That’s just the confidence I have in myself and my ability to play football,” Tabor said at the time.

The 6’0″, 191-pound corner played in 10 games for Detroit his rookie season, starting one. He registered 14 total tackles and a quarterback hit that year. His sophomore season, he followed it up by playing 12 games, starting four. He finished the year with 28 tackles on his stat sheet. Per the Chicago Sun-Times’ Jason Lieser, opposing quarterbacks had a 143.3 passer rating when targeting Tabor during the 2018 season.

The Lions released him in August of 2019, and he caught on in San Francisco a month later. He spent bulk of the 2019 season on the 49ers practice squad. He was waived by San Francisco in July with a non-football injury designation, and he has not played since.

Chicago currently has two defensive backs on its practice squad: Xavier Crawford and Marqui Christian. If the Bears want to give Tabor another shot, that’s where he’ll be headed.

Loading more stories
wpDiscuz
0
0
Would love your thoughts, please comment.x
()
x
| Reply
The Bears are checking out a former 2nd round pick of the Detroit Lions...