Getty Ex-Bears WR Tanner Gentry has signed with the Bills.

Tanner Gentry has found a new home. The former Chicago Bears wide receiver signed a reserve/future contract with the Buffalo Bills this week after being out of the NFL since 2019, as first reported by Bills beat writer Ryan Talbot. The sure-handed wideout was signed to the Bills’ practice squad on January 4, and the team decided to keep him around longer, inking him to a reserves deal after losing to the Kansas City Chiefs in the AFC Championship.

Gentry knows Bills quarterback Josh Allen well from their collegiate days at Wyoming. The receiver signed with Chicago as an undrafted free agent in 2017, following a standout senior season in which he caught 72 passes for 1,326 yards and 14 touchdowns playing alongside Allen. He became a fan favorite after making several impressive grabs during the 2017-19 preseasons with the Bears.

Mitch Trubisky with a 45-yard TD on the deep throw to Tanner Gentry. Great all around from protection to the pass. #Bears pic.twitter.com/VMKv5ezyVp

Gentry Was a Preseason Standout for Bears 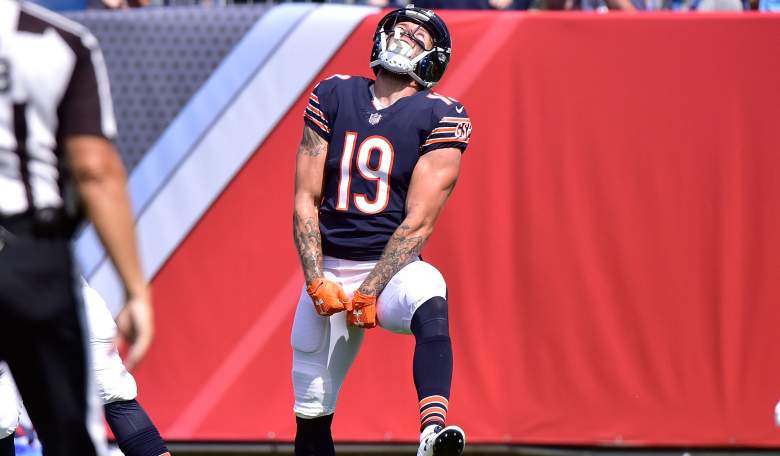 In his three preseasons with the Bears, Gentry caught 23 passes on 35 targets for 252 yards and two touchdowns, per Pro Football Focus. The 26-year-old wide receiver averaged 10.3 yards per reception, and he developed a solid chemistry with quarterback Mitch Trubisky.

When throwing at Gentry during the preseason, Bears quarterbacks had a 94.0 passer rating. The 6’1″, 193 pound wideout earned a reputation for making the tough catches in Chicago, often going up and getting 50-50 balls with a graceful ease.

“He just goes up and gets it,” Trubisky told the Chicago Tribune about Gentry back in 2017. “He does his job and he has been beating his man on the outside. The opportunities he’s been given, he’s taken advantage of.”

Gentry’s performance in the preseason and in training camp made him a bit of a local favorite, particularly when the team still held its camp in Bourbonnais.

Trubisky floats it up to Tanner Gentry for a nice snag pic.twitter.com/hKoQ1C7NOu

While he excelled in the preseason, Gentry was only elevated to the active roster once in the regular season during his tenure in Chicago. He played in four games in the 2017 season, starting three. He caught three passes for 35 yards (that’s 11.7 yards per catch) in that time. He had a brief stint in the XFL with the New York Guardians, but he saw his contract terminated when the league suspended its operations in 2020.

Now, he’ll get a unique opportunity to compete for a spot on the roster of one of the AFC’s better teams, and his connection to Allen can only help.

A shoulder injury cut his sophomore season short, but Gentry broke out his junior and senior seasons with Allen under center. He caught 109 passes for 2,004 yards (18.4 yards per catch) and 18 touchdowns his final two seasons at Wyoming, and his chemistry with the current Bills quarterback was undeniable. It’s too early to tell whether he’ll stick around after the season starts, but if he and Allen still have the same connection, Gentry could find himself sticking around in Buffalo.

Loading more stories
He and Bills quarterback Josh Allen know each other well...