The exodus is underway.

After the Chicago Bulls did not extend a qualifying offer to point guard Kris Dunn on Nov. 16, the 2016 fifth overall pick agreed to a two-year, $10 million deal with the Atlanta Hawks on Saturday, Adrian Wojnarowski reported.

“Dunn, 26, leaves the Bulls after three seasons. He has developed into one of the league’s best defenders, a talent that’ll make him a valuable addition to an offensive-minded Hawks team,” Wojnarowski added.

Dunn becomes the first of what could be several members of the 2019 Bulls with who the new regime will part ways with. After a 22-43 record a season ago, the adage “no one is safe” has echoed the Bulls’ media circles. The organization has already seen changes to all four levels of management.

Guard Shaquille Harrison was also not extended a qualifying offer this week and is available in free agency after a breakout season in 2019. The likelihood of the Bulls re-signing Harrison is low after the organization signed former Brooklyn Nets guard Garrett Temple late in the evening on Free Agent Friday.

Dunn & Harrison Developed into Elite Defenders with the Bulls

In his 51 games last season before suffering a knee injury, Dunn ranked second in steals per game last season (2.0) and had the highest steal percentage in the league (3.83%). Dunn received four first- and 23 second-team votes for the All-Defensive teams — the most points by a player not named to either team.

His improved defense shifted his focus away from scoring as Dunn averaged a career-low 7.3 points per game last season and shot 25.9% from three-point range. 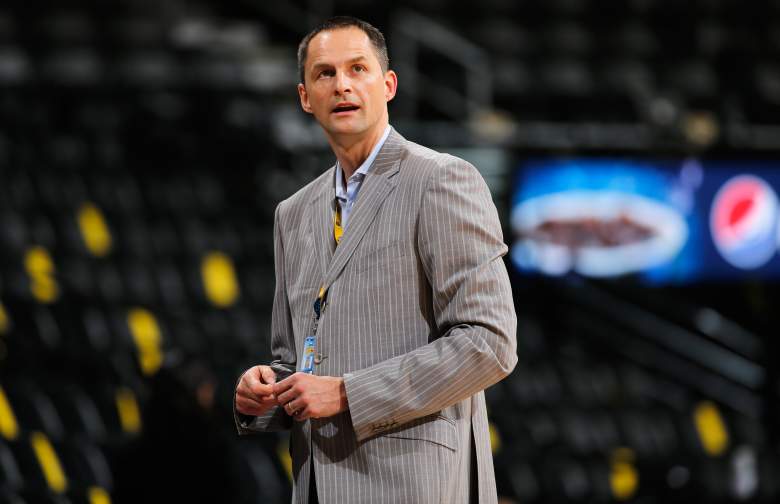 GettyThe vision Artūras Karinšovas has for the Bulls is beginning to take form.

Both Dunn and Harrison’s releases are signs of new vice president of basketball operations Artūras Karnišovas’ vision of having two-way players and to rid the team of one-way specialists like Dunn and Harrison.

“I like high pace, moving the ball,” Karnišovas said in April after his hiring. “We were a very good passing team in Denver. It’s a very entertaining brand of basketball. I like multi-positional players. I like guys with high basketball IQ that play off each other, a read and react offense.”

Temple, a 10-year veteran, provides versatility and a veteran presence that exudes professionalism on a team where come Dec. 1 when practice starts, everyone will be expected to compete for their jobs.

The Bulls roster is currently full with 15 players under contract, however, there are still copious amounts of trade scenarios that could play out by mid-season that the new management is entertaining in their overhaul of the organization.