Getty The Bulls have reportedly offered Wendell Carter Jr. to the Warriors to move up two places in the 2020 NBA Draft on Wednesday, Nov. 18.

The Chicago Bulls, entering the first year under new management, are willing to make drastic moves to re-tool the roster.

That could include the team trading up for the No. 2 overall pick in the 2020 NBA Draft on Wednesday.

The Ringer’s Kevin O’Conner reported that the Warriors, who own the second pick of the draft, are “weighing whether to accept a trade offered by the Bulls that would send Chicago their No. 2 overall pick for Wendell Carter Jr. and the [Bulls’] fourth pick.”

Carter has contributed throughout his playing career, however, the Bulls seem eager to bank on one talent in this year’s draft class that could change to trajectory of the franchise — Memphis freshman James Wiseman. 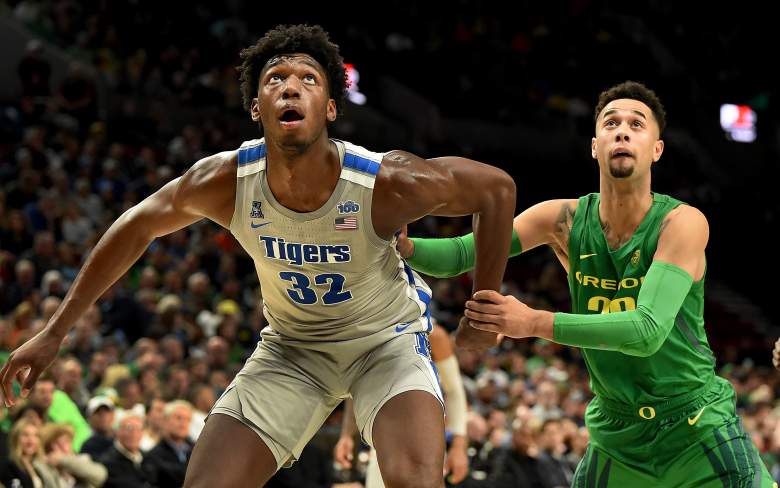 Wiseman, listed as 7-foot-1 with a 7-foot-6 wingspan, excelled at Memphis, averaged 19.7 points, 10.7 rebounds and three blocks per game. His athleticism and motor show promise of his two-way potential. He’ll likely get all the playing time he can handle as a franchise building block to a Bulls franchise looking to transform itself.

Development and an open championship window. Wiseman will likely be relegated to a rim-runner role through his early playing career as his development would likely be stunted with the amount of talent surrounding him.

Golden State has the pieces to make a run now. If the Warriors accept the Bulls’ offer and receive Carter, who can add to the Warriors’ depth at center, Golden State still has a bevy of options to choose from two picks later in the draft.

Avdija Makes a Great Fit for the Bulls

Avdija, at 6-foot-9, shows great playmaking ability as a wing and has the tools to help the Bulls transition into an uptempo offense. He averaged 7.7 points, 4.1 rebounds and is a respectable shooter from beyond the arc with a 33.6 3-point field goal percentage.

Avidja is an ideal fit for their roster with his size, playmaking, and versatility. Though his shooting still needs to improve, he’d immediately inject winning qualities into a Bulls franchise that has made the playoffs only once in the past five years.

Avidja likely won’t be a strong scoring threat nightly for the Bulls, but he carries many intangibles that make him a solid defender and savvy playmaker.