Baker Mayfield is not shying away from comments he made this offseason about kneeling for the national anthem with his Cleveland Browns teammates. In fact, the Browns quarterback doubled-down on his stance.

Mayfield reiterated what he had written on social media in response to a fan while speaking to the media on Friday.

“I think being in my position, which is a blessing, being out on a platform to where I can speak on issues that are just wrong [is important]. Right is right, and wrong is wrong. There’s a human rights issue that’s been going on for a long time, and I believe in that,” Mayfield said.

“It’s nothing against military, anybody who’s served. And anybody that knows my history knows that I completely support military and the people that serve our country for the right reasons and do it for justice. And the people that don’t know that, that’s OK. Just take a second to get to know me. It’s a human rights issue. There’s right, and there’s wrong.”

Previously, Mayfield had responded to a fan who asked him not to kneel on social media around mid-June. “Pull your head out. I absolutely am,” Mayfield wrote in response.

He later expanded his position with a take similar to what he told to reporters.

“Everybody so upset about my comment doesn’t understand the reason behind kneeling in the first place,” Mayfield wrote. “I have the utmost respect for our military, cops, and people that serve OUR country. It’s about equality and everybody being treated the same because we are all human. It’s been ignored for too long and that it my fault as well for not becoming more educated and staying silent.”

Jarvis Landry: ‘Much Respect’ to Baker Mayfield on His Stance 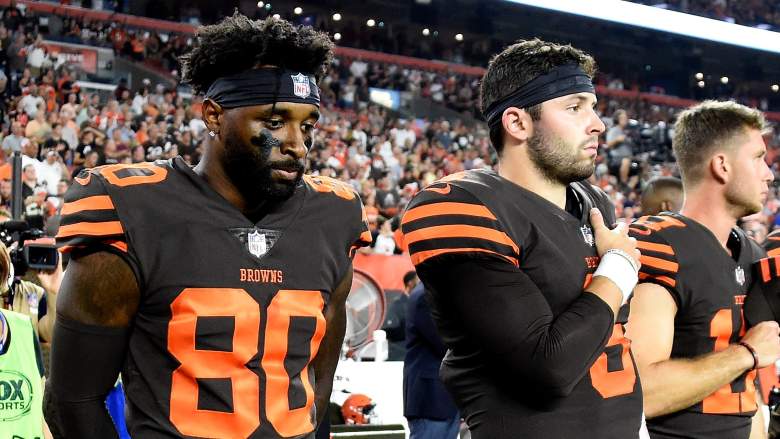 Browns wide receivers Odell Beckham Jr. and Jarvis Landry were very outspoken during the George Floyd protests. While speaking to the media on Friday, Landry commended his QB for standing up for what he believes is right.

“Hopefully everybody in the world recognizes the problem and understands that there is a problem that’s going on,” Landry said Friday on Zoom. “Obviously, from an athlete’s standpoint, we understand our platform and being able to use that on the biggest stage is something that can continue to keep conversations going, continue to raise awareness, continue to call things out. So, much respect to [Mayfield] for that. I texted him and told him [I have] respect for that.”

Baker Mayfield Lost Himself During Season of Struggles 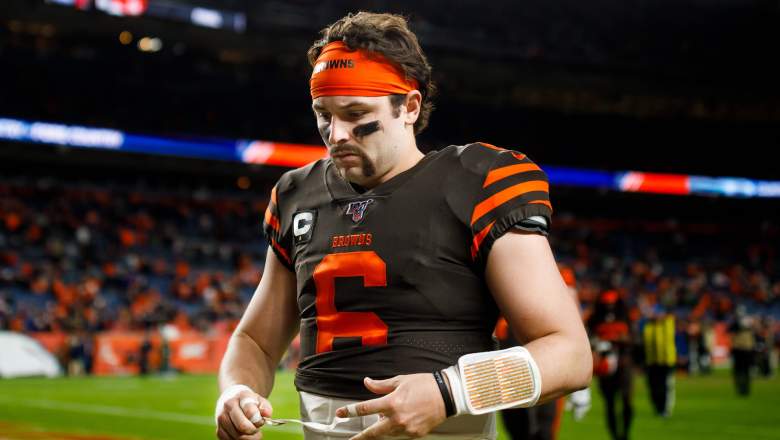 Mayfield is looking to turn things around during a crucial third season. After breaking the rookie passing touchdown record, Mayfield struggled last season. He passed for 3,827 yards, 22 touchdowns and 21 interceptions, ranking next-to-last in both passer rating (78.8) and completion percentage (59.4%).

“Having success all through high school and college and having that standard so high, and the past couple of years have just been a roller coaster of emotions and not nearly as much success as I’m used to,” said Mayfield, the top pick in the 2018 draft. “So I would say I lost myself, not having that success, not finding out what was working. I think I tried different ways of trying to have that success, and I didn’t find it.

“So I lost myself in that, and I wasn’t able to be who I [need to be] for these guys on the team.”

Mayfield showed up to camp in shape and is expecting to have a solid season under new head coach Kevin Stefanski, who was hired for his offensive mind.

“Scheme-wise, I think my attributes match up to what they want to do. Not only that, I think it matches up to our team and the people they have brought in. Our whole offense, just mentality-wise, culture-wise and of a no-BS policy, you are going to know exactly what we want to do and you are expected to do it. It is just a being adult type thing. Handle your business, and we will have success and we will have fun doing it. I think there are things that we are doing within the building and within our online meetings that are ahead of the game and ahead of the curve. Hats off to our staff for being able to get those guys and making these moves to where we really feel like we are in a true training camp, even though it is a little different. We are having a lot of fun with making the most of it so hats off to those guys.”

Loading more stories
wpDiscuz
0
0
Would love your thoughts, please comment.x
()
x
| Reply
Baker Mayfield is not shying away from comments he made this offseason about kneeling for the national anthem with his Cleveland Browns teammates.