There was fear the Cleveland Browns linebacker Mack Wilson could miss the entire season after suffering a scary hyperextended left knee during training camp. However, the Browns fifth-round pick from last season is expected to be back much quicker than expected and should be back on the field within 4-6 weeks, per reports.

Wilson, a fifth-round pick in 2019, emerged as a key starter for the Browns during his rookie season. He stepped in for an injured Christian Kirksey beginning in Week 3 and finished the season with 14 starts, 77 tackles, an interception and a forced fumble.

It’s Been ‘Next Man Up’ Mentality for Browns on Defense 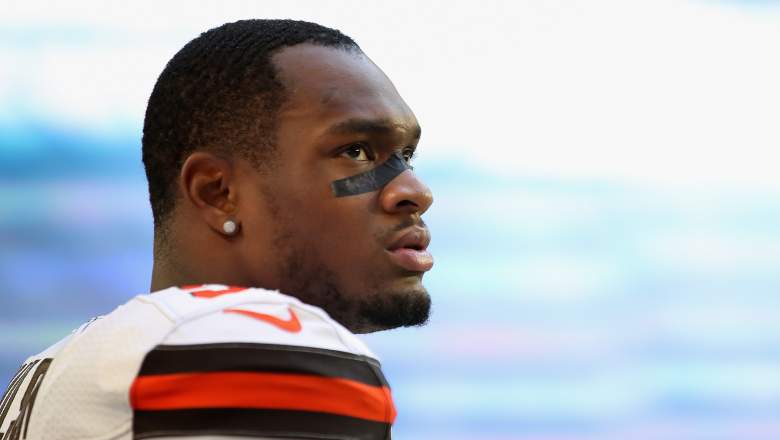 Wilson was going to be a key cog in the Browns linebacking corps this season. His teammates and coaches were crushed to see him go down with the injury.

“I feel like Mack was coming on,” Browns defensive coordinator Joe Woods told reporters. “He got the experience last year as a young player so you felt like he was coming into his own a little bit. He really felt more like a veteran on the field to be honest with you.”

It should be noted that Garrett’s injury is not significant and he was being held out as a cautionary move.

Smith made a name for himself with the Seahawks, helping the team to Super Bowl XLVIII. He recorded ten combined tackles, deflected a pass, recovered a fumble and returned an interception for a touchdown as the Seahawks throttled Peyton Manning’s Denver Broncos.

Smith never made a Pro Bowl but has been a more than serviceable starter in the NFL. After leaving the Seahawks following the 2014 season, Smith spent time with the 49ers and Raiders. He started 35 games for the two teams before 2019, when he struggled to make and stay on a roster. Last season, Smith appeared in four games — two apiece with the Cowboys and Jaguars. He notched an interception and five tackles.

Loading more stories
wpDiscuz
0
0
Would love your thoughts, please comment.x
()
x
| Reply
Browns linebacker Mack Wilson is expected to be back much quicker than expected.