Free agent pass-rusher Jadeveon Clowney is still without a team, but the Cleveland Browns made a valiant attempt to land the former No. 1 overall pick, offering him multiple deals of varying lengths.

The Browns offered Clowney one, two and three-year deals in the 17-18 million per year range and he declined, per Charles Robinson of Yahoo Sports. Robinson does not expect Clowney to fetch numbers even close to that going forward as he searches for a deal.

“That’s not coming. Every team I’ve talked to have said that it’s not something they’re interested in offering him,” Robinson said on the Pat McAfee Show, referencing what the Browns offered. “The longer this has gone, the less likely it is he’s getting north of $15 million. And he’s not getting anything beyond a one-year deal.” 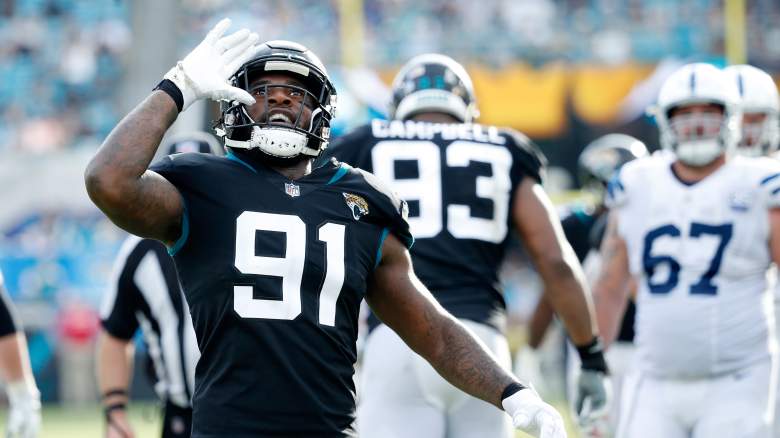 GettyYannick Ngakoue signed a team-friendly deal with the Vikings on Sunday.

Robinson said that the trade of disgruntled Jaguars defensive end Yannick Ngakoue to the Minnesota Vikings for a 2021 second-round draft pick and a conditional 2022 fifth-round draft pick did not help Clowney’s cause. After the trade went down, Ngakoue agreed to a one-year, $12 million deal with the Vikings, instead of his franchise tender of $17.8 million.

“That trade did not help. Ngakoue goes to Minnesota and he takes the haircut for $12 million a season. Already he had teams that were looking at Clowney saying they wanted to offer Clowney $12 million per season.”

“There’s concerns about him having sat out all this time and the injuries from priors, the fact that he hasn’t been there for a physical. There’s just a lot there that teams are concerned (about).”

While the Browns were in hot pursuit of Clowney, it appears they are happy with their current pairing of Myles Garrett and Olivier Vernon. Garrett signed a massive extension this offseason that made him the highest-paid non-quarterback in the NFL — for a brief period of time — while Vernon restructured his deal.

Vernon says he understands the age-old saying that the NFL is a business and didn’t take offense to the team’s pursuit of Clowney.

“When it comes to the NFL, it is a business. I understand that business aspect of it. Everything in the offseason had to get sorted out. I kept in communication with the coaches and GM trying to figure out everything that was going on. And then just staying ready, trying to get healthy and everything like that,” Vernon said last week. “Those guys brought in a lot of good coaches in and a lot of talent. They are trying to make something happen this year. For them to have me apart of it says that they want me here and I’m glad to be here. Now it’s time to get to work.”