Getty Travis Kelce and Kayla Nicole pose on the red carpet at the 11th Annual NFL Honors on February 10, 2022.

It has been a week full of change in Chiefs Kingdom but fans can always trust in four familiar faces that this regime’s core has committed to building around — Andy Reid, Patrick Mahomes, Chris Jones and Travis Kelce.

The latter was in the news before all the Tyreek Hill bombshells stole the headlines. TMZ first reported the modern-day love story, after Kelce’s girlfriend Kayla Nicole revealed how the pair first began dating during an Instagram Q&A.

‘Slid Into That Thang Like It Was Third Base’

Kelce and Nicole have been together since 2017 and according to TMZ, “Kayla spoke out about the early days of their romance in a Q&A with her 637k Instagram followers on Tuesday [March 22].”

“Can’t sleep. Ask awaaaayy,” she opened. The offer of course prompted the question of how the lovebirds first met — classic. To her credit, Nicole spilled all the juicy details. 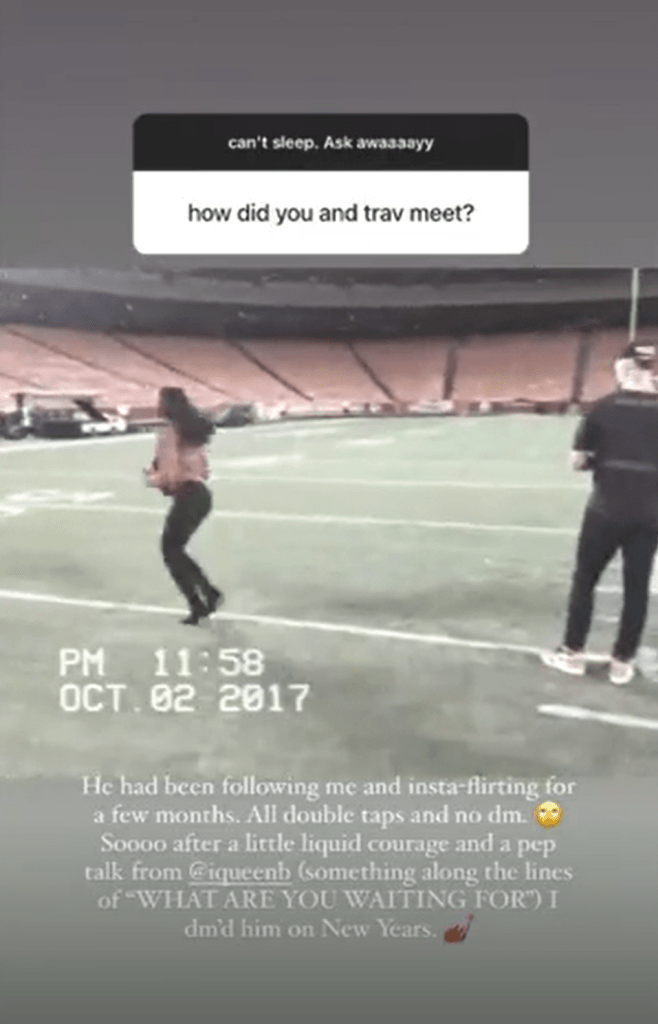 She responded: “He had been following me and insta-flirting for a few months. All double taps and no dm. [eye-roll emoji] Soooo after a little liquid courage and a pep talk from @iqueenb (something along the lines of ‘WHAT ARE YOU WAITING FOR’), I dm’d him on New Years.”

For those that aren’t tech-savvy, DM is an abbreviation for direct message, which is a private way to contact another account on social media. The story didn’t stop there, as Nicole went on. 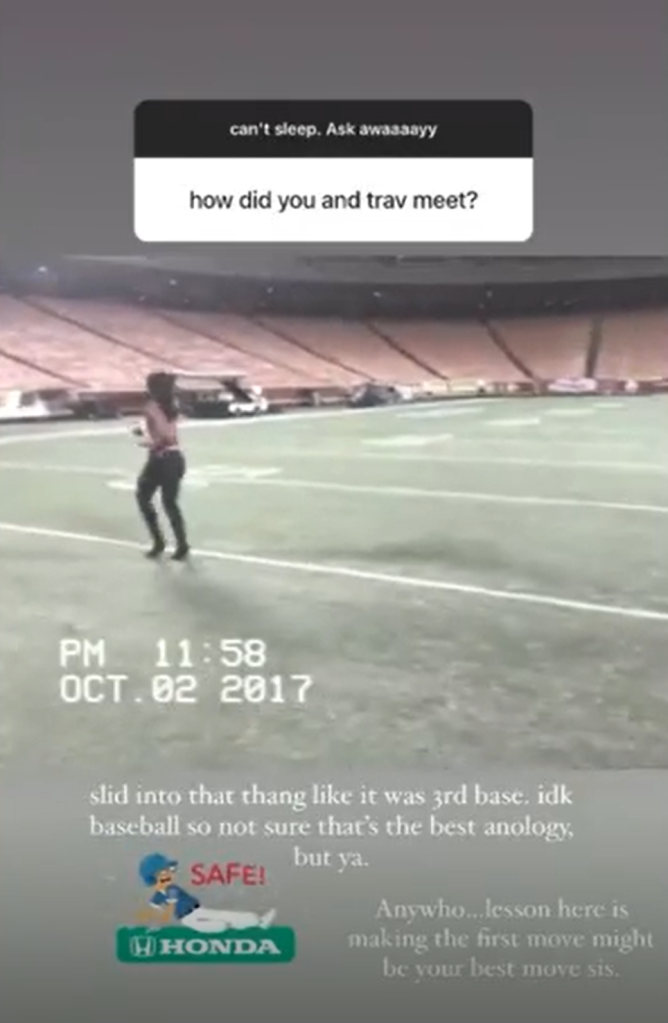 “Slid into that thang like it was 3rd base,” she joked. “[I don’t know] baseball so not sure that’s the best analogy, but ya.”

Nicole continued: “Anywho…lesson here is making the first move might be your best move sis.” After the inspiring advice, the model even included her very own pickup line free of charge, which she noted has a “100% success rate at the moment.” 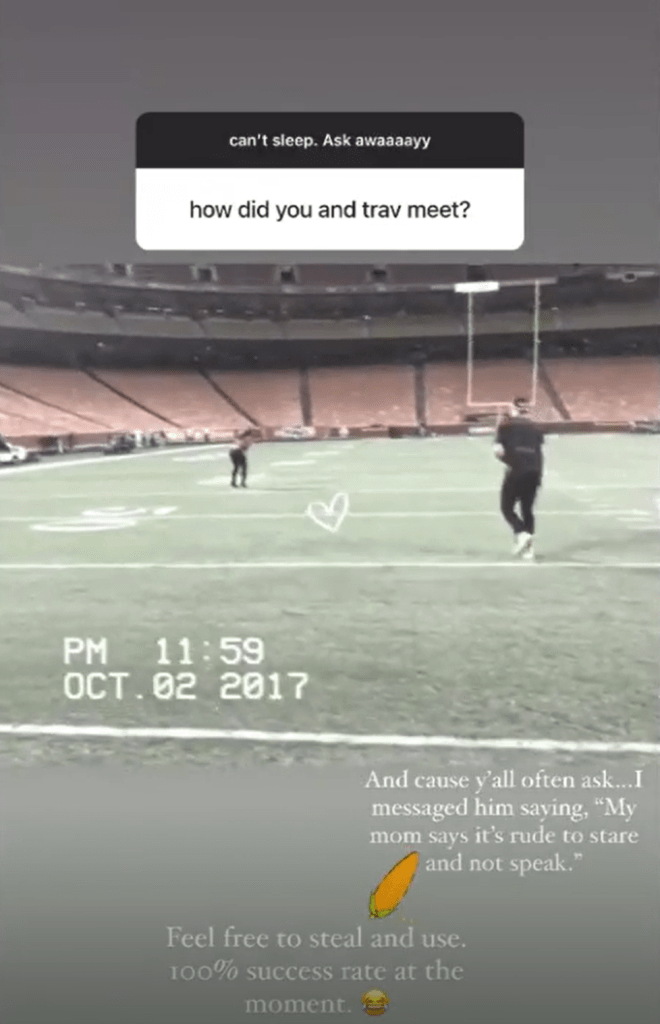 “And cause y’all often ask…I messaged him saying, ‘My mom says it’s rude to stare and not speak,'” she informed. “Feel free to steal and use.”

What a line, indeed.

Changing of the Times

A new era of Chiefs football is upon us, and Mahomes, Jones and Kelce are three of the rare exceptions involved in the glory of the past and the promise of the future.

With DeMarcus Robinson moving on, here’s the #Chiefs draft classes remaining since the Reid era began in KC. pic.twitter.com/mIO8WoCQWz

After Demarcus Robinson and Hill moved on this offseason, the number of Reid draft picks still on the roster dropped to 20 out of 62, according to Nick Jacobs (post-Hill). 16 of those players were selected in the past three years.

Before that, only Derrick Nnadi joins the trio above and Kelce is the only draft pick on the roster prior to 2016.

As new faces come in and out, the value of an athlete as consistent and trustworthy as Kelce in a league as volatile as the NFL feels immeasurable. A third-round selection in 2013, the three-time All-Pro tight end is approaching his 10th campaign with the Chiefs.

He has never played for another franchise and has not appeared in less than 15 games since his rookie season. Kayla, you picked yourself a keeper.

Loading more stories
wpDiscuz
0
0
Would love your thoughts, please comment.x
()
x
| Reply
Kayla Nicole — girlfriend of Chiefs superstar Travis Kelce — took to Instagram to detail how the pair began dating, and she told quite the story.