Players around the NBA have been vocal in the days following the death of George Floyd, including Los Angeles Lakers guard Alex Caruso.

Floyd’s final minutes have been witnessed by millions of people through a disturbing viral video, which shows now-fired Minneapolis police officer Derek Chauvin with his knee to Floyd’s neck. The reaction to the video has sparked outrage, protests, demonstrations and, in some areas, violence.

On Monday, President Donald Trump gave a speech on the situation at the White House, which was followed by a walk to fire-damaged St. John’s Church, where he posed with a bible. According to The Associated Press, the Rev. Mariann Budde, whose diocese St. John’s belongs to, was “outraged” by Trump’s visit. On a tweet of the article, Caruso shared some strong thoughts on the president.

“No amount of staged PR photos can hide who this man is… ego, zero empathy, & inability to lead.. the perfect storm,” Caurso wrote.

No amount of staged PR photos can hide who this man is… ego, zero empathy, & inability to lead.. the perfect storm https://t.co/P1CypF5UZU

Caruso was widely praised for the take in the comments, but there was one that simply said “dribble,” a reference to the shut up and dribble line that is often used on athletes when they delve into the non-sports world. Like one of his put-back dunks, Caruso had the perfect response keyed up.

“Been playing mostly off ball this season, I’m good Wayland,” he said.

Alex Caruso Wants to be a Voice for the Unheard

Caruso previously shared while on the The Morning Show with Keyshawn, LZ and Travis that he felt a personal responsibility to speak up on the issue because of the large platform he has as an NBA player.

“I was blessed and fortunate to grow up with that word that everybody talks about, with the ‘privilege.’ But more importantly, with parents that raised me the right way, that raised me that everybody is created equal and you should treat everybody how you want to be treated. I have so many friends within the African-American community from playing basketball, from when I was a little kid to now, and relationships that I wouldn’t have if I didn’t live by that motive.

Alex Caruso has mostly reshared the words of others, but also spoke out in the radio about acknowledging his privilege, and why he feels it's important for him to use his voice:https://t.co/hlCioIfVx9 pic.twitter.com/KWWfwe3Aah

“For me, it’s mind-blowing, it’s baffling that people can have this much hatred and this much evil inside of them. So anything I can do to just be a voice, be a pillar, be a tool for anybody, that’s kind of what I want to do. There’s so many people that I love and cherish, that I wouldn’t have relationships with if I wasn’t raised the right way. I think it’s something that’s important to me.” 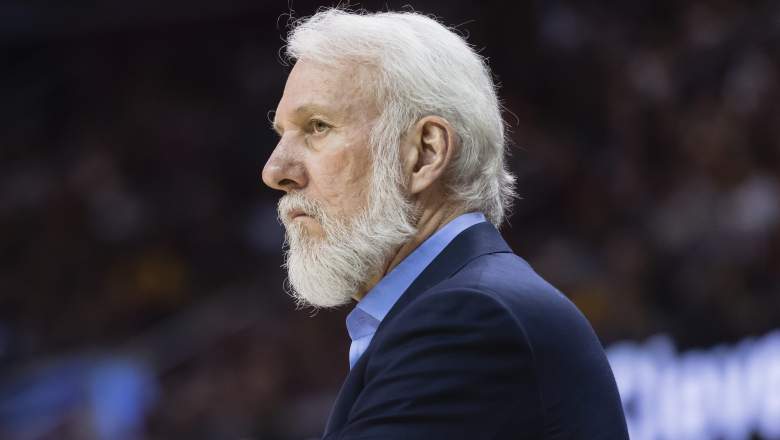 Caruso wasn’t the only NBA figure to reveal some harsh feelings toward Trump. San Antonio Spurs coach Gregg Popovich tore into the president during an interview with The Nation’s Dave Zirin on Sunday.

“He’s not just divisive. He’s a destroyer. To be in his presence makes you die. He will eat you alive for his own purposes. I’m appalled that we have a leader who can’t say ‘black lives matter.’ That’s why he hides in the White House basement. He is a coward. He creates a situation and runs away like a grade-schooler. Actually, I think it’s best to ignore him. There is nothing he can do to make this better because of who he is: a deranged idiot.”

Loading more stories
wpDiscuz
0
0
Would love your thoughts, please comment.x
()
x
| Reply
Players around the NBA have been vocal in the days following the death of George Floyd, including Los Angeles Lakers guard Alex Caruso.