The Los Angeles Lakers took a 2-1 series against the Houston Rockets on Tuesday night behind a combined 62 points from superstars LeBron James and Anthony Davis.

But the ultimate difference maker in what was a tight Game 3 turned out to be veteran guard Rajon Rondo, who appears to have activated his storied playoff form.

“Playoff Rondo” is a term NBA fans know well, with the guard notoriously turning it on in the postseason when things matter most. Rondo did exactly that against the Rockets, scoring 21 points — just two off of his season high — and 9 assists. Most importantly, Rondo orchestrated the offense down the stretch in key moments.

“I just took what was given,” Rondo told reporters after the game. “It started on the defensive end for me. Guys found me when I was open, and I took the shots with confidence. And I got some easy layups.”

Was I ever wrong about this game. I didn't see Rondo coming. He even upstaged LeBron.

The game was just Rondo’s third since the NBA season restarted in Orlando. He fractured his thumb during a bubble practice and was dealing with back spasms during the first round. Neither seemed to be ailing the 34-year-old against the Rockets on Tuesday night.

LeBron James Happy to Have Rondo on His Side

Rondo said he doesn’t buy in the “Playoff Rondo” hype that sets social media ablaze. James isn’t sure if he does either, but he appreciates what Rondo brings to the table.

“Whatever makes Do’ play like he’s playing, I don’t buy into it either,” James said after the game, per Yahoo Sports. “He’s been exceptional. These last two games have been everything we’ve imagined. Being on the opposing side for him so many years, I know what he’s capable of. It’s perfect.

“You have people that you can trust to be in a foxhole with you, not only from a basketball aspect, but from a cerebral aspect,” James added. “To make adjustments on the fly and see how the defense is playing. … There’s not many guys in our league who can do that in our league, and in the postseason it’s gigantic. Having ‘Do on our side, it definitely helps.”

Davis, however, has bought into the “Playoff Rondo” hype.

“Playoff Rondo is real,” Davis said. “His intensity picks up. He wants to guard the best perimeter guy. … He’s shooting the ball very well, making the right passes. His IQ is on another level.” 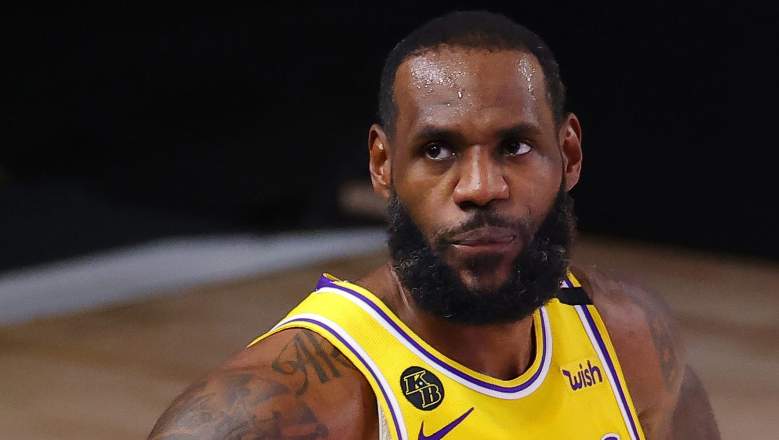 Now in Year 17, the accolades and records are piling up for James, who is an MVP finalist this season. After beating the Rockets in Game 3, James recorded his 162nd playoff victory, passing former Laker Derek Fisher and becoming the all-time leader.

His coach, Frank Vogel, didn’t hold back when asked what his star brings to the table.

Loading more stories
wpDiscuz
0
0
Would love your thoughts, please comment.x
()
x
| Reply
The ultimate difference maker in what was a tight Game 3 for the Los Angeles Lakers against the Houston Rockets turned out to be veteran guard Rajon Rondo.