The Los Angeles Lakers were able to close out the Denver Nuggets on Saturday night with a 117-107 win, advancing to the NBA Finals.

The Lakers will now wait to see who wins the Eastern Conference Finals between the Miami Heat and Boston Celtics. TNT analyst and Lakers legend Shaquille O’Neal says the Lakers have made it clear who they want to see pull out the series, which the Heat lead 3-2.

“They are just going to sit back tonight, celebrate and say, ‘we are going to play either Boston or Miami,'” O’Neal said on the TNT postgame show. “But something tells me they want the Miami Heat.”

Ernie Johnson probed Shaq further on his comment, with the big man responding: “I’m not allowed to give you my sources, but they want the Miami Heat.”

According to Shaq’s sources, the Lakers want to play the Miami Heat in the finals

When the teams arrived in the bubble more than two months ago, the Lakers were the favorite to take home the title, along with the Bucks and Clippers — teams that suffered earlier than expected exits. The Lakers were listed at +225 while the Heat were a lofty +4000 in the first odds released for the NBA title following the restart. 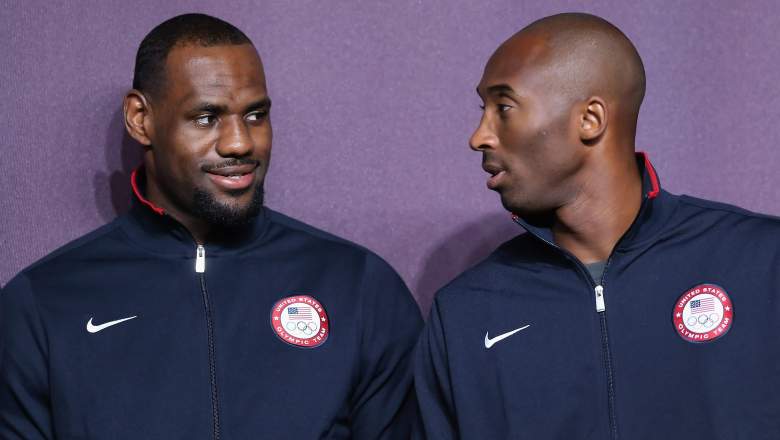 LeBron James came up clutch for the Lakers in the Game 5 win against the Nuggets, delivering a huge triple-double with 38 points, 16 rebounds and 10 assists.

In his postgame press conference James spoke on Lakers legend Kobe Bryant — who tragically passed away in January — and how their mentalities towards the game of basketball are similar.

Lakers’ LeBron James on Kobe Bryant: “Every time you put on purple & gold, you think about his legacy. … Our games are different. As far as our mindset and drive to be the best & not lose … I’m one of the few who can understand the mindset he played with.” pic.twitter.com/gXoFfIwziZ

James locked up his 10th Finals appearance with the series win against the Nuggets. But despite the frequency of his trips to the Finals, he’s not taking the moment for granted, especially with a new franchise. James previously reached the Finals eight times in a row, four with the Heat and four in his second stint with the Cavaliers.

“We’re going to enjoy it tonight, as we should, because this is not promised every year,” James told reporters. “There’s only two teams that can advance to the Finals every year. That means pretty much 30 players that only advance every year to the Finals. We’re going to enjoy it tonight, but we understand we have bigger fish to fry. We understand there’s a bigger goal, but we can’t take this for granted because this doesn’t happen every year to anybody.”