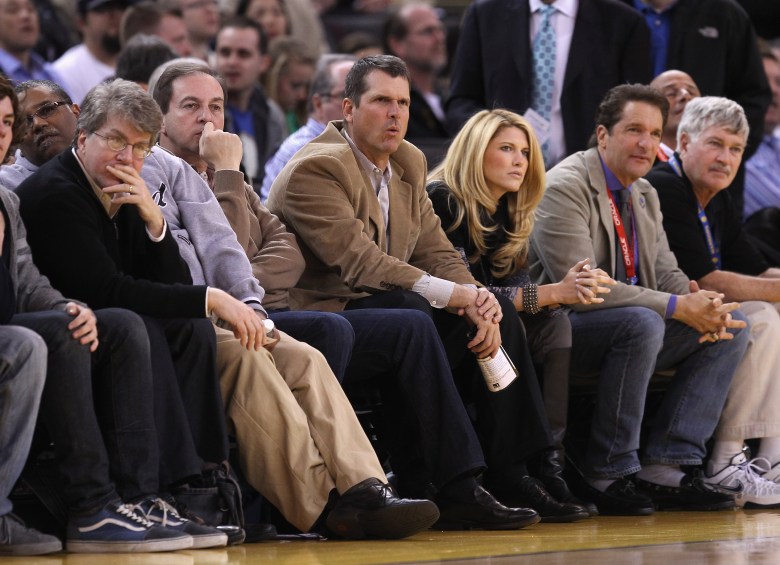 Jim Harbaugh’s future is unclear past next week. With rumors growing of going to Michigan and signing the biggest contract in college football, he may not be in the NFL much longer.

However, one thing that has been consistent since 2008 is his marriage to Sarah Feuerborn Harbaugh, who is 36.

The two met in Las Vegas shortly after his divorce in 2006 and have three children together.

Jim was married to Miah Harbaugh for ten years, from 1996 to 2006. The couple have three children together, Jay, James and Grace. According to PlayersWives.com, the three children live with their mother in Coronado, Calif.

They met in 2006 in the parking lot of a Las Vegas PF Chang’s. Sarah was living and selling real estate in Vegas and John was in town for a coaches’ convention. Together, the couple have three more children, Addison, Katherine and Jack.

2. Sarah Did a Dockers Commercial Against Dad Pants

The Dockers commercial, which was released earlier this year, shows Sarah offering a public service announcement-like message about men’s pants. John and the couple’s three children are featured in the video, which can be seen above. 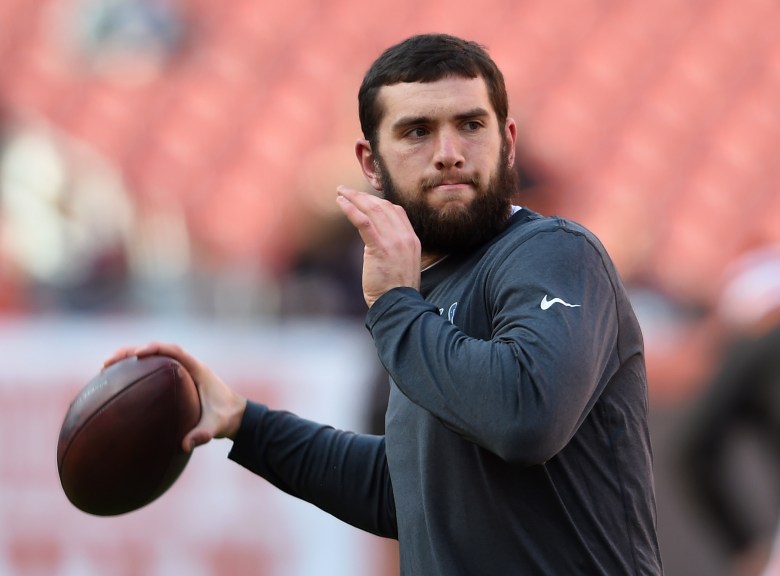 In a 2010 Pac-10 coaches’ teleconference, Jim said that both his wife and former Stanford quarterback Andrew Luck are perfect.

” ‘I was thinking just the other night that two people in my life, my wife and our quarterback, Andrew Luck, have a lot in common in that they’re just both perfect. With most people you say, “If they only didn’t do that. Or they didn’t do this.” Or you wish they could do this, or you wish they could do that. But I don’t do that with my wife Sarah or Andrew Luck. They are just absolutely perfect the way they are. For football coach that’s pretty great — to have a great wife and a great quarterback.’ ” — Jim Harbaugh, from ESPN’s Pac-12 blog

While one would wonder if Sarah might be upset about being compared by her husband to his former quarterback, she might be just as flattered that he found a way to squeeze her perfection into a conversation about coaching.

4. Sarah Says it’s Hard to be Married to a Coach

Sarah was a guest on CSN after a 49ers game. In her clip, which can be seen here, she talks about how hard it is to be a coach’s wife. She said that the game itself is gut wrenching and the outcome impacts her for the rest of the week.

She also added that Jim tells her very little when it comes to coaching because her “mouth is too big.”

5. Sarah Comes From a Large Family 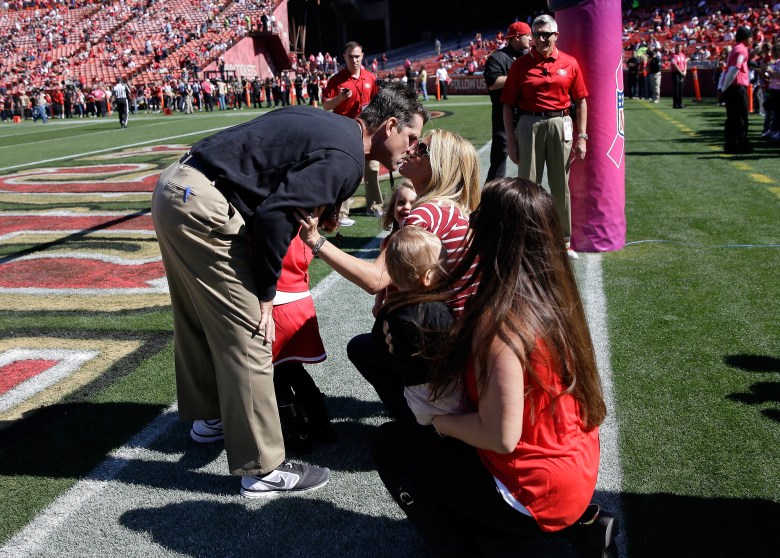 Sarah Harbaugh is one of 11 children and from Belton, Mo.

Her family told Kansas City’s KCTV 5 News the story of Jim’s persistence, as well as how they felt when they first met him:

“Her family says he used his now legendary persistence to turn a chance meeting into an eight-year marriage.
‘When he first started talking to her she wouldn’t talk to him. He chased her and chased her. Sarah says to this day if he hadn’t done that this wouldn’t be here,’ said Marty Feuerborn, Sarah Harbaugh’s brother.
Feuerborn admits he gave his brother-in-law, the former Indianapolis Colts quarterback, a chilly reception at first.
‘We sat at Arrowhead Stadium in 10-degree temperature when he beat us in 1996. You’re talking about a lot of brothers that didn’t like him very much,’ Feuerborn said.
But the family has grown close to him ever since.” — From KCTV 5 News 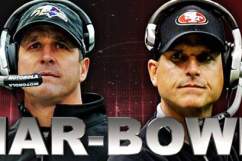