Getty Did the Vikings Pro Bowler throw shade at his team?

No player has been more tied to the Vikings‘ resurgence this past decade than safety Harrison Smith.

The Vikings moved up in the 2012 NFL Draft to pick “The Hitman” at No. 29 overall. Five Pro Bowls and an All-Pro mention later, Smith has become a franchise favorite and center cog of a defense that helped win two NFC North titles, earn four playoff berths and a trip to the NFC Championship in 2017.

But the Vikings defense no longer looks the same. Five starters departed during the offseason and the Vikings quickly jumped ship at reinforcing the unit by trading newcomer Yannick Ngakoue to the Ravens after their 1-5 start to the season.

Now, it seems anyone could be next on the trading block, including Smith.

CBS Sports’ Jason La Canfora reported that multiple league executives have been in contact with the Vikings and “believe the team is eager to move several more high-priced veterans who likely do not fit into the team’s long-term plans.”

League sources said it’s possible that receiver Adam Thielen is dealt before the deadline, but not likely, while there was an expectation among other executives that Minnesota is very open to moving safety Harrison Smith, left tackle Riley Reiff and tight end Kyle Rudolph if they can find the right takers.

Smith has one more year and no more guaranteed money left on his contract which could be a prime cut that could be made the salary-cap strapped Vikings.

Hours after La Canfora’s report on Sunday, Smith, who’s relatively stoic on social media, reportedly unfollowed both the Vikings’ Twitter and Instagram accounts. There is no evidence he did follow them before Sunday’s report, however, several accounts are claiming he was following the team on both platforms. 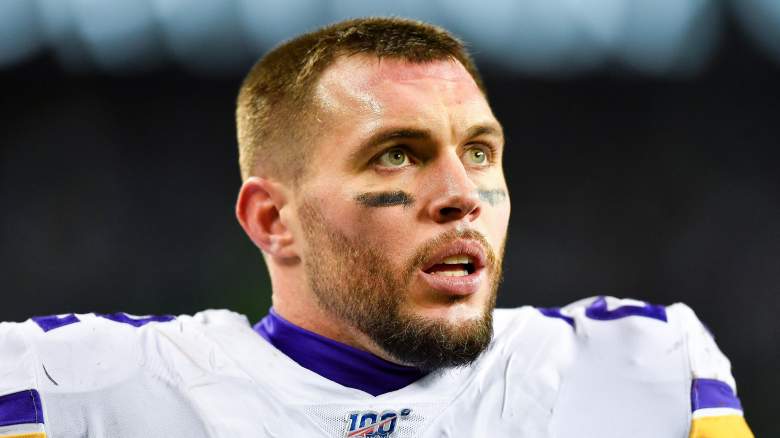 While fans across social media rang alarms at the fact Smith presently does not follow the Vikings, the possibility of him unfollowing the team seems uncharacteristic of Smith who is not active on social media.

He does follow other Minnesota sports teams which led to assumptions and questions why wouldn’t he follow his own team. Sunday’s social media frenzy seems more a case of selective attention (with the trade rumor in mind) than a true development.

Thinking and assuming can be dangerous.

The reaction on social media is symbolic of the fan bases’ PTSD after Stefon Diggs’ cryptic tweets since 2018.

The “Minneapolis Miracle” star aired his grievances through subliminal messaging on Twitter over the final two years of his career with the team. After Kirk Cousins was signed to a contract extension in March, Diggs tweeted “it’s time for a new beginning,” which signaled it was time for the Bills to make an offer the Vikings couldn’t refuse.

While any sort of cryptic behavior on social from Smith is uncharacteristic, an unfollow seems more in line than subliminal messaging in Diggs’ case. The trade deadline is Nov. 6 which could be telling how the Vikings intend to move forward.

Loading more stories
wpDiscuz
0
0
Would love your thoughts, please comment.x
()
x
| Reply
The All-Pro safety may have just cut ties with his team on social media.