Vikings running back Dalvin Cook has catapulted himself into Most Valuable Player conversations as the Vikings have won three consecutive NFC North divisional games since their bye week.

Cook has totaled 590 all-purpose yards and six touchdowns in that span, adding to his NFL-leading 954 rushing yards and 13 TDs and won back-to-back NFC Offensive Player of the Week awards. His success in Gary Kubiak’s offensive scheme is beginning to another running back who won the league MVP award under Kubiak, Denver Broncos Hall of Famer Terrell Davis.

Davis, who rushed for 2,008 rushing yards to win the award and the Super Bowl in 1998 with Kubiak and Jon Elway made the case that Cook is the best back in the NFL.

“It’s hard to argue that he’s not the best back in the game now,” Davis said. “He’s been balling,” Davis told the Pioneer Press’ Chris Tomasson. “He’s healthy, that’s the biggest thing. He had these little nagging injuries before and that kind of slows you down, and now he’s just playing free and getting into a rhythm.”

Cook is on pace to surpass 2,000 all-purpose yards this season and, coupled with a playoff appearance, could make him a serious MVP candidate among the likes of Russell Wilson and Patrick Mahomes.

Davis believes that with Kubiak, Cook can continue his run. 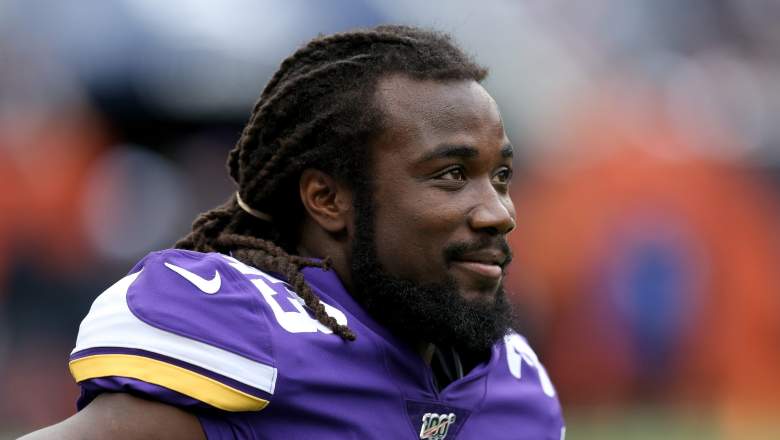 GettyDalvin Cook and Terrell Davis show similarities on and off the field.

Davis told Tomasson that under Kubiak, Cook is used similarly that he once was with the Broncos.

“Koobs always had the best game plans,” Davis said. “He’s able to look at the defense and find a weakness and put people in the right position to make plays. I just see him using Cook in so many different ways. I see them running multiple screens, and he’s perfect for the screen game.”

Kubiak likens both running back’s work ethics and study of the game.

“Very similar as people I can tell you that,” Kubiak said. “Very smart players. [They] understand what’s going on in front of them. They’re very tough-minded guys. Big play people but they also get in there and get the dirty 3 and 4 [yards]”

Kubiak added that Cook’s health has been a major factor in the team’s success this season.

“I had the pleasure of coaching [Davis] as a great player and it’s really a pleasure to watch [Cook] work ’cause he’s playing extremely well and hopefully we can keep him healthy all year long and see how it goes.”

After coming off a defensive struggle with the Chicago Bears where Cook averaged just 3.2 yards per carry, the Vikings will welcome a meeting with the Dallas Cowboys, who own the league’s second-worst run defense, allowing 157 rushing yards per game, in Week 11.