Let’s be honest. The Vikings will not be getting rid of Kirk Cousins anytime in the next two seasons unless another team absorbs his fully guaranteed contract.

I may have just lost the #TankForTrevor bandwagoners but so did the Vikings by beating the Texans on Sunday. This doesn’t mean the Vikings aren’t actively looking for Cousins’ replacement.

The Vikings sent two scouts to watch NDSU sophomore quarterback Trey Lance play Central Arkansas on Saturday in the Bison’s only game this fall before the 2021 NFL Draft. Other teams interested in Lance included the Lions, Bears, Raiders, Panthers and Colts.

The Minnesota Native Could Be a Good Fit 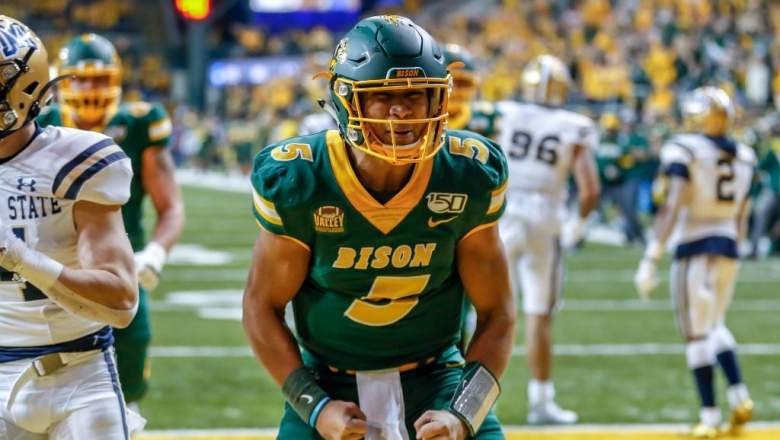 Tim Sanger/NDSU AthleticsThe Vikings could be in a position to draft NDSU quarterback Trey Lance next offseason.

Lance, a Marshall, Minn., native climbed draft boards after earning the NCAA’s Division I Championship Game Most Outstanding Player award after leading the Bison to an undefeated season and FCS national championship as a redshirt freshman.

CBS Sports writer Ryan Wilson recently projected the Vikings to draft Lance at No. 14 overall in the coming draft and felt Lance could be a good fit in the Vikings zone-run, play-action offense.

In Lance’s de facto audition for NFL scouts on Saturday, he did show some of that inexperience. He threw the first interception of his college career in the third quarter as Central Arkansas took the lead entering the fourth quarter. He responded leading a 21-point fourth quarter for a Bison lead and finished the game with four touchdowns.

Lance Has the Look of a Former No. 1 Overall Pick 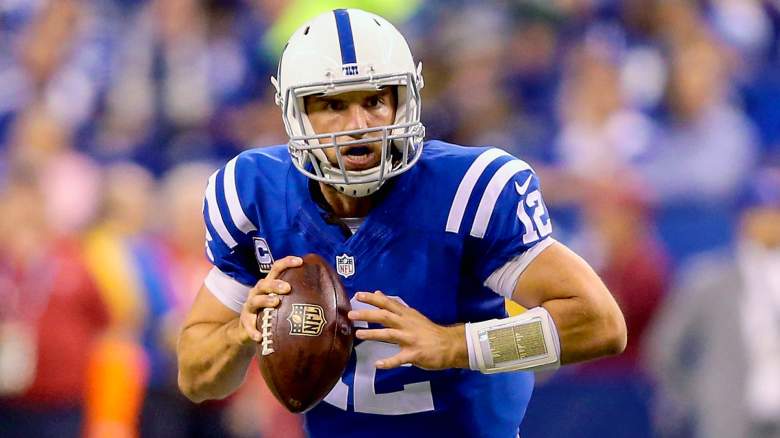 NFL.com analyst Daniel Jeremiah broke down what he saw in Lance’s film from the 2019 season. While Lance is raw and hasn’t faced the steepest of competition playing the FCS, Jeremiah thinks that Lance has the physical tools and, with some development, resembles former Colts No. 1 overall pick Andrew Luck.

When assessing quarterbacks, Jeremiah has a few categories he looks for, and Lance checked all the boxes. Here’s what Jeremiah saw in Lance:

Biggest takeaway: I was shocked at the maturity in Lance’s game. It’s uncommon to see a redshirt senior demonstrate this type of control and mastery of a system. Lance was a redshirt freshman! He does a wonderful job staying in the moment and executing. I didn’t expect to see such a polished player at this stage of his development.

He reminds me of: Andrew Luck. I know Luck is a little bit bigger, but they are similar athletes and they both played with a maturity beyond their age at the collegiate level. I remember watching Luck run over defenders. I also remember being so impressed with his ability to execute on key plays in every game. I see the same things when I study Lance. More than anything else, these are two guys who exude confidence on the field. They are fearless, but they avoid being reckless. That’s a very delicate balance. Luck was on his way to a Hall of Fame career before shocking the football world and retiring a year ago. I don’t have quite the same grade on Lance, but he could get there with continued growth and development.

Lance is still in his infancy as a passer due to his running ability often taking over in games. He could be a developmental backup behind Cousins for the next two seasons if the Vikings were to draft him next spring.