Getty Head coach Kevin O'Connell of the Minnesota Vikings looks on against the Jacksonville Jaguars on December 4, 2022.

Minnesota Vikings outside linebacker Za’Darius Smith scrubbed his Instagram account of all photos amid a potential defensive overhaul this offseason that could result in cutting several veteran players from the team.

Smith is all-too-familiar with becoming a cap casualty after the Green Bay Packers released him last offseason before re-signing quarterback Aaron Rodgers to a massive four-year deal. Before parting ways with the Packers, Smith deleted all Packers-related posts from his Instagram, Wisconsin Sports Heroics reported in February 2022. 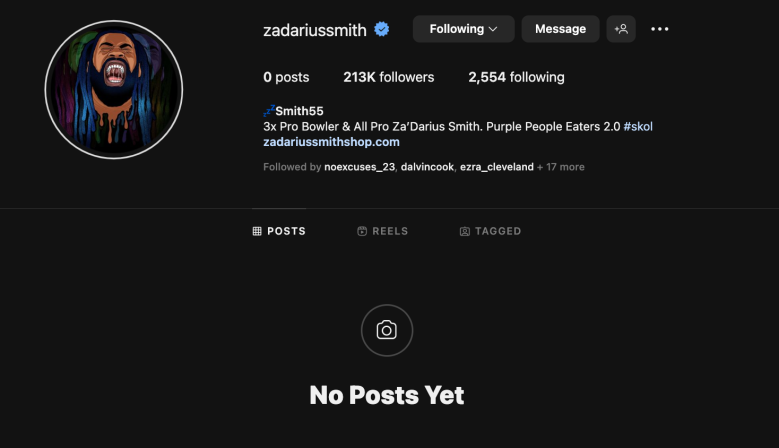 The Vikings need to clear over $24 million to just get under the expected 2023 salary cap and will need even more space cleared to sign new players to fill the void left by four defensive starters — cornerbacks Patrick Peterson, Duke Shelley, Chandon Sullivan and defensive tackle Dalvin Tomlinson — who are pending free agents this offseason.

Considering Smith as a potential cap casualty this offseason would have been out of the question two months into the season. Smith started the season hot, tallying 9.5 sacks and was the NFC Defensive Player of the Month in October.

However, Smith, who is turning 31 this offseason, developed knee issues that lingered the rest of the season. He got to the quarterback just one more time in his final eight games, finishing the season with 10 sacks — enough for the third Pro Bowl nod of his career.

Coming off a back injury that forced him to miss the majority of the 2021 season, Smith agreed to a three-year deal worth up to $42 million. He took a team-friendly $1.5 million base salary that amounted to just a $3.2 million cap hit on this past season’s books, per Over The Cap.

But next year Smith is due his keep. He carries nearly a $17 million cap hit for the 2023 season along with a $9.5 million base salary. Smith played up to his pay grade last season with his performance valued at $17.1 million by Over The Cap.

But Smith’s contract offers an easy out and significant cap savings. If Smith is cut with a pre-June 1 designation before March 19, the Vikings could save $13.6 million and eat just $3.3 million in dead cap. Those savings could be used to sign several veterans to reload the defense, but they may not bring as much value to the defense that Smith could.

Smith is part of a group of Vikings veterans who could be on the chopping block if they don’t agree to a contract restructure in the offseason.

However, Minnesota can also look to the offense to clear up some cap space.

Dalvin Cook and Adam Thielen are also potential restructure candidates along with Kirk Cousins, who could see another contract extension that could free up funds this season.

The Vikings defense’s future isn’t as bleak as expected, but they’ll have to bank on their 2022 rookie secondary of first-round safety Lewis Cine and cornerbacks Andrew Booth Jr. (2nd round) and Akayleb Evans (4th round) taking a significant step forward along with fourth-round linebacker Brian Asamoah.

Expect at least a few veteran departures as well.

Loading more stories
wpDiscuz
1
0
Would love your thoughts, please comment.x
()
x
| Reply
Vikings outside linebacker Za'Darius Smith deleted all team photos from his Instagram account ahead of an uncomfortable offseason for veteran defenders.