Stewart-Haas Racing’s Kevin Harvick takes on Nashville Superspeedway with his fellow NASCAR drivers on Sunday, June 20, looking to score his first win of the season. Days prior to the big race, he saw for the first time his Monster Jam-inspired No. 4 Ford Mustang. Harvick will fight for the win while channeling the iconic Grave Digger.

Now THAT, is Bad To The Bone 🏴‍☠️ Lets go racing 🏁

Adam revealed in a Monster Jam video that Keelan had reached out to him to help create the Father’s Day scheme for the Ally 400 at Nashville Superspeedway. This situation provided an opportunity for two motorsports to collide in a unique way. Now Harvick will represent the biggest name in Monster Jam while helping bring NASCAR back to Middle Tennessee.

Harvick and Keelan Have a Fondness for Monster Jam

.@KeelanHarvick brought out all the stops with the @MonsterJam crew for Father's Day. WOAH. pic.twitter.com/Td6OAmkWWv

When the driver of the No. 4 SHR Ford Mustang saw his special Father’s Day scheme, he reacted with excitement. Harvick explained that Grave Digger and Monster Jam have a special meaning for him and his family. Specifically, he and Keelan often watch the sport when they should be sleeping.

“It’s been a number of years since we’ve done something like this,” Harvick explained in the announcement video. “For us, we spend a lot of mornings watching Monster Jam. So, it’s very relevant in what we do from the early mornings that we are not supposed to be up.”

Harvick added that he “feels honored” to drive with the Grave Digger name on the side of his No. 4 Ford Mustang. He grew up watching Dennis Anderson driving the original Grave Digger during events. Years later, he and Keelan watch Dennis’s sons carry on the legacy in their own way. 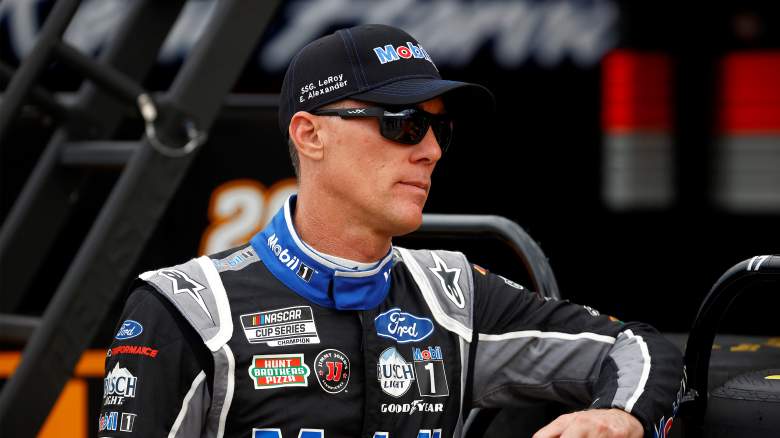 Unlike previous races on the schedule, there will be multiple on-track sessions featuring the No. 4 Grave Digger Ford Mustang. Harvick will showcase the car during a 50-minute practice session on Saturday, June 19, which begins at 2:05 p.m. ET. He will then return to the track on Sunday morning for qualifying, which starts at 11:05 a.m. ET.

Once Harvick turns in his lap and determines his starting spot on the grid, he will prepare for a 400-mile race around the concrete oval. The track will be new to the Cup Series drivers, but they will log some crucial laps early and make adjustments to their respective stock cars before the green flag waves.

Harvick will enter the weekend tied for the seventh-best odds to win at the 1.33-mile oval. According to NASCAR, he joins Brad Keselowski, Alex Bowman, and Joey Logano with 12-1 odds to take the checkered flag. Kyle Larson, the winner of the past two points races and the All-Star Race, holds the best odds at 11-4.

The Ally 400 at Nashville Superspeedway takes place on Sunday, June 20, at 3:30 p.m. ET. NBC Sports will broadcast the race, officially taking over for the remainder of the 2021 season. The booth will feature Rick Allen on play-by-play. Jeff Burton, Dale Earnhardt Jr., Steve Letarte will all join him to provide analysis. MRN and SiriusXM NASCAR Radio will provide audio coverage for all 300 laps.

Loading more stories
wpDiscuz
0
0
Would love your thoughts, please comment.x
()
x
| Reply
Kevin Harvick will compete at Nashville Superspeedway Sunday while showcasing a wild scheme. He will race in the All 400 with a Grave Digger scheme.