In case you missed it, New York Jets quarterback Zach Wilson is believed to be a single man.

Back in January of 2022, the New York Post reported that Wilson and high school girlfriend Abbey Gile had “scrubbed one another” off their social media accounts — and they had. Although neither has commented publicly on the hush-hush breakup, recent photos from both parties suggest that the longtime lovebirds may have split for good.

For example, MEGA and the New York Post spotted Wilson and his NYJ “best friend” Braxton Berrios at a Miami beach with a couple of ladies in bikinis. One unnamed blonde seemed to catch the youngster’s attention, as well as the paparazzi’s. 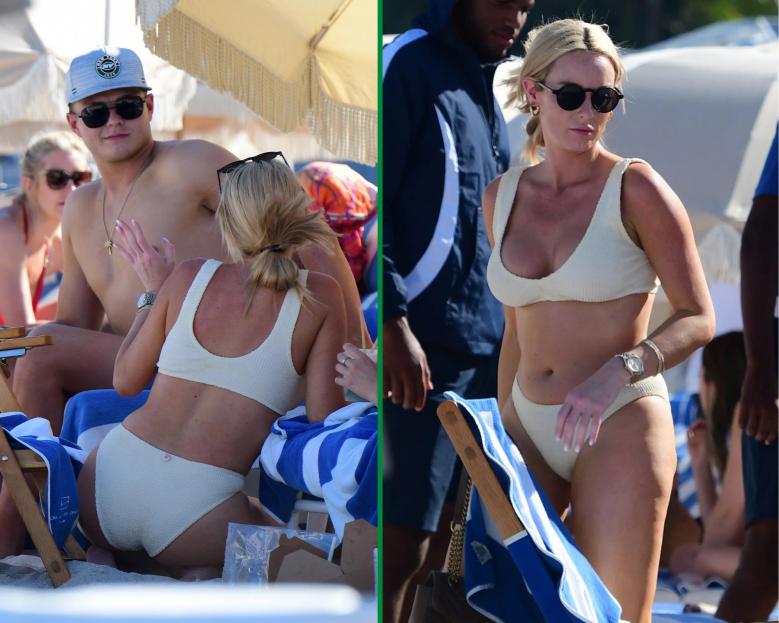 MEGA, New York PostZach Wilson enjoys his time at a Miami beach with an unnamed blonde in a bikini.

Wilson is well-versed in the art of living life in the spotlight. It’s almost like he was trained to do it since birth, which makes him a good fit in New York City.

His Instagram bio explains it best: “Work in silence and let success be your noise.”

As an NYC athlete, you have to be able to deal with the tabloids and the 22-year old quarterback never seems to make headlines for any off-the-field drama. That’s why when photos surface of Wilson with a new woman — especially one wearing a swimsuit — it’s almost shocking. 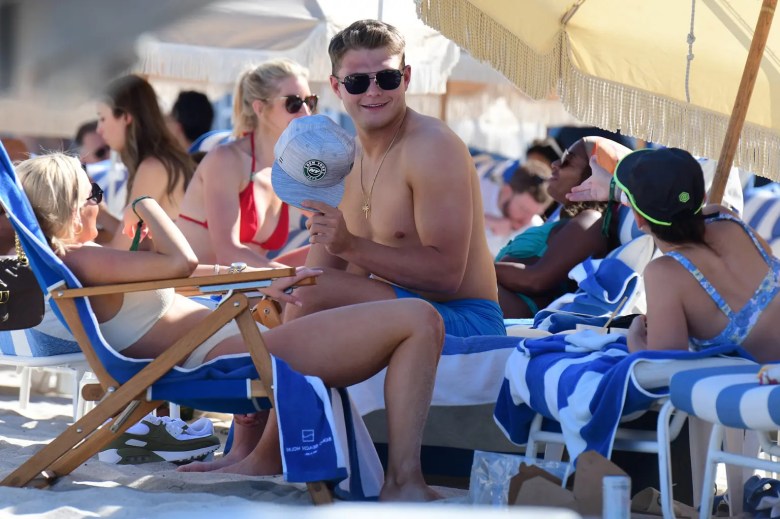 The actual camera shots are innocent, but they do suggest that the rumored “film junkie” is actually taking some time to enjoy himself for once. Head coach Robert Saleh has noted in the past that Wilson has a tendency to overwork and spend too much of his time at team facilities.

As great as that may seem from a development perspective, everyone needs a mental release.

For what it’s worth, Gile has been doing the same following the unexpected break. Wilson’s ex-girlfriend shared a picture from a Hawaii vacation in February on her Instagram, captioned: “On island time.”

Berrios and the 2021 rookie have become fast friends ever since OTAs, but the quarterback isn’t just visiting a buddy teammate in Florida. Wilson has been traveling around all offseason, meeting up with various wide receivers and pass-catchers to work on chemistry.

He’s already met with Corey Davis and C.J. Uzomah in Nashville, as well as Elijah Moore and Berrios in Miami. Wilson was also seen training with fellow QB Trey Lance in Los Angeles.

At the annual NFL league meetings, Coach Saleh joked that the Jets signal-caller has been “on tour” this offseason, adding that “it’s cool that [Wilson] is putting in the work” with teammates.

Yep, it’s been a busy “vacation” for the BYU product — who is always on the move. He spent Super Bowl week crashing with Berrios as well and posted a photo with NFL superstars Christian McCaffrey, Dalvin Cook and George Kittle.

Wilson also made an appearance back home in Utah this winter but as summer gets closer and closer, Jets fans can’t wait to see their quarterback on a flight to New York once again.

Loading more stories
wpDiscuz
0
0
Would love your thoughts, please comment.x
()
x
| Reply
Jets quarterback Zach Wilson was photographed spending his day at a Miami beach with a teammate and a couple of unnamed ladies.