The New York Knicks got off to a fast start this season but have since cooled off significantly and some fans are left wondering where the team goes from here.

After looking strong early on, Kemba Walker is turning into a bit of a question mark as his production with the team slips and Derrick Rose continues to remain a rock for the Knicks.

There aren’t a lot of changes the Knicks can make and perhaps the most important thing they can do is just get healthy. The big men tandem of Mitchell Robinson and Nerlens Noel hasn’t spent much time together as the two can never seem to be healthy at the same time. So far, both of them have been dealing with injuries to start the season.

That means on 30 occasions no Knick defender was within six feet of a Buck player when they attempted a 3PT.

The Bucks made 15 of those attempts.

Walker and Evan Fournier weren’t signed for their defense, but it’s hard to excuse the fact that the team has played so poor on that end to start the season.

As pointed out by NBA writer Tommy Beer, the Knicks allowed 30 wide-open 3-pointers against the Bucks, which means no defender was within six feet of a player when the shot was attempted. The Bucks knocked down half of those, which is not exactly a stat to be proud about if you’re on the Knicks.

In fact, the Knicks are allowing more wide-open threes than any other team in the league, so the Bucks game is no outlier.

Head coach Tom Thibodeau is known for his defensive schemes around the league, so it’s a bit surprising to see his team struggling so much. On the season, the Knicks are currently ranking 26th in defensive rating. On top of that, the Knicks are allowing their opponents to knock down 37.6 percent of their threes. The four teams lower than them in that stat have a combined 14 wins.

It’s not too late for the Knicks to turn things around, but if things continue like this, it’s hard to imagine the winning record they are currently hanging on to will stay around for much longer. 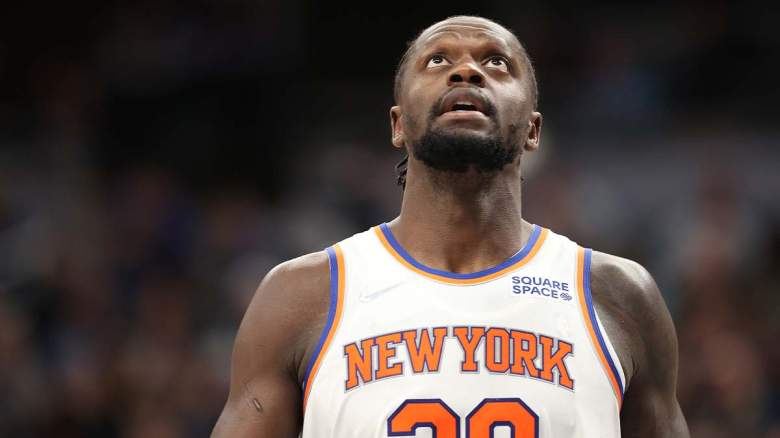 Gettyulius Randle of the New York Knicks against the Indiana Pacers at Gainbridge Fieldhouse on November 03, 2021.

On the bright side, the Knicks are in the top 10 in three-point field goal percentage, which means the signings made in the offseason has paid off.

The Knicks find themselves at 5th in the league shooting 37.1 percent from beyond the arc. However, this does seem like it came at the expense of defense, but there’s still plenty of time to get everything worked out. Perhaps getting healthy is really the only domino that needs to fall.

With teams getting better and better around the league at shooting threes, it’s expected to see teams struggling more to defend from beyond the arc, but there’s really no excuse to allow wide open shots like the Knicks have been doing.

Whether it’s mental lapses or just a lot of blown coverages, the Knicks definitely have some things to work out if they want to get back on the right track.

Loading more stories
wpDiscuz
0
0
Would love your thoughts, please comment.x
()
x
| Reply
The New York Knicks are having a tough time on defense.