Getty Ben Simmons to the Knicks?

The New York Knicks are in a free fall following their hot start to the season, and they might be running out of time to turn it around.

Currently in the midst of a three-game losing streak, the Knicks don’t have a clear answer at point guard after the Kemba Walker signing failed to pan out.

If the Knicks are willing to swing for the fences, there’s a potential opportunity for them just south of New York City in Philadelphia.

Disgruntled point guard Ben Simmons hasn’t played a single game for the 76ers this season, and it doesn’t seem like he’ll be back any time soon. The team has explored various avenues for a trade, but nothing has come into fruition as of yet.

According to a report from The Athletic’s Shams Charania, the New York Knicks are one of the teams that are interesting in acquiring the point guard. 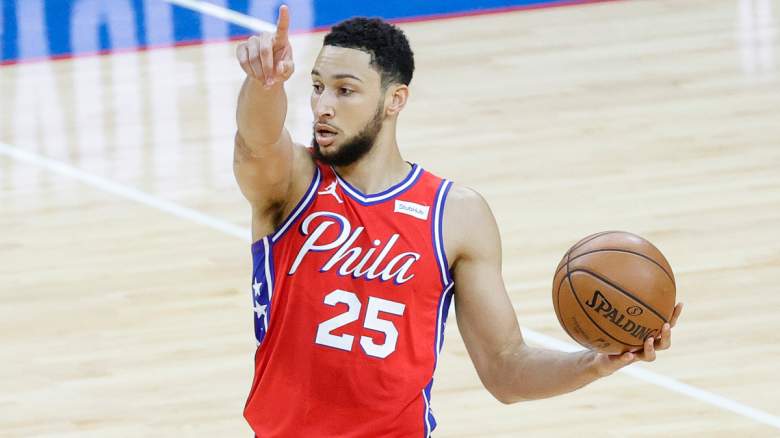 GettyPhiladelphia 76ers guard Ben Simmons directs his team during a playoff bout with the Atlanta Hawks.

Charania notes that it’s cloudy on how possible a Simmons trade is, and there are many more teams interested in the point guard outside of the Knicks.

“The New York Knicks, Los Angeles Lakers, Minnesota Timberwolves, Portland Trail Blazers, Sacramento Kings, Indiana Pacers and Cleveland Cavaliers are among the teams interested in Simmons, sources said, although it’s unclear how much traction Philadelphia truly has on any move,” he wrote.

One of the major hangups in a trade of this nature would be the 76ers shipping their star to a conference rival. Typically, you’d want to send your star to the other conference so you don’t have to keep on running into them.

When he’s playing, Simmons is among the best players in the NBA even if his offense leaves a lot to be desired. If he were to be traded to the Knicks, he might have a chip on his shoulder and want to stick it to the Sixers, something they would likely view as the worst case scenario.

Another hangup is the fact that 76ers general manager Daryl Morey is asking for an All-Star caliber player in a trade, something the Knicks might not be able to do considering they need to keep their core together. A lot of their rotation is still on their rookie deals, so a trade for Simmons would likely cost Derrick Rose, Julius Randle or somebody else. 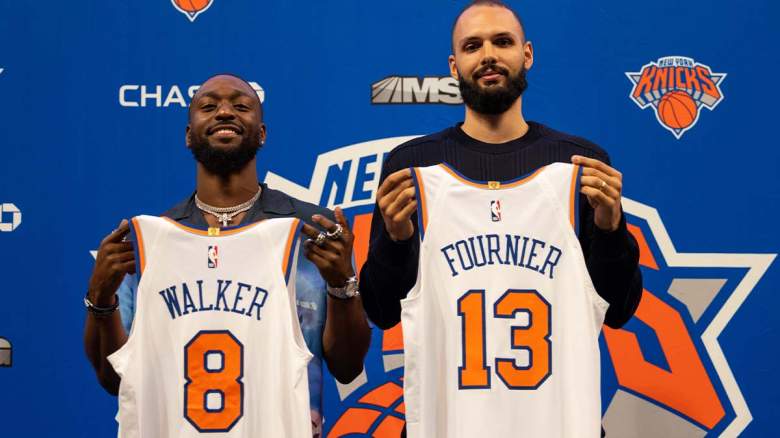 GettyKemba Walker and Evan Fournier sign with the Knicks.

If this slump continues for New York, they might be forced to make a move if they want to save this season.

On the other hand, they can ride out what happens this season and shift focus to the future. It’s expected that players like RJ Barrett, Immanuel Quickley and Mitchell Robinson will continue to develop, but the Knicks might not be willing to be that patient.

Coming off a playoff appearance just last season, the bar for the team is pretty high, and the signings of Evan Fournier and Walker in the offseason were meant to get them over the hurdle.

There’s still a lot of time left this season for the team to get things turned around, but they’ll need to do it before the hole becomes too deep.

Loading more stories
wpDiscuz
0
0
Would love your thoughts, please comment.x
()
x
| Reply
The New York Knicks are in the running for a big upgrade at point guard.