Just because boxing superstar Claressa Shields signed with PFL over the UFC to start her MMA career doesn’t mean she’s put the idea of a future showdown against UFC superstar Amanda Nunes behind her.

“I’m not scared of anybody! I always think about that interview with Amanda Nunes…she said ‘tell Claressa to come to my world’…I just remember hearing that, and I was like ‘does she know who the f*** I am? To me, that was like, are you testing me?”

Here’s an exclusive look at what ⁦@Claressashields⁩ is doing at Jackson Wink ahead of her ⁦@ProFightLeague⁩ MMA debut later this year. 🙌 pic.twitter.com/7ziL4PzgEy

Shields has huge big plans for her MMA career.

Whether it’s future superfights against the UFC’s Nunes, Bellator’s Cris Cyborg, or fellow PFL star Kayla Harrison, Shields is all about working her way up to the top of the sport and becoming a world champion MMA fighter.

“To do combat sports, you’ve got to be a little crazy, and I’m a lot bit crazy,” Shields said.

ALL the latest UFC news straight to your inbox! Subscribe to the Heavy on UFC newsletter here!

Shields taking the PFL route is actually pretty good evidence the three-division world boxing champ is serious about getting all the way to the top of the sport.

Shields told Heavy she chose the PFL over the UFC and others because the company made it clear to her that they saw her MMA career as a long-term investment and not just a short-term money-grab.

So Shields signed a three-year deal with the PFL in December 2020, and the 25-year-old plans on taking all the necessary steps over the next three years so that she can add a world championship in MMA to her impressive list of accolades. 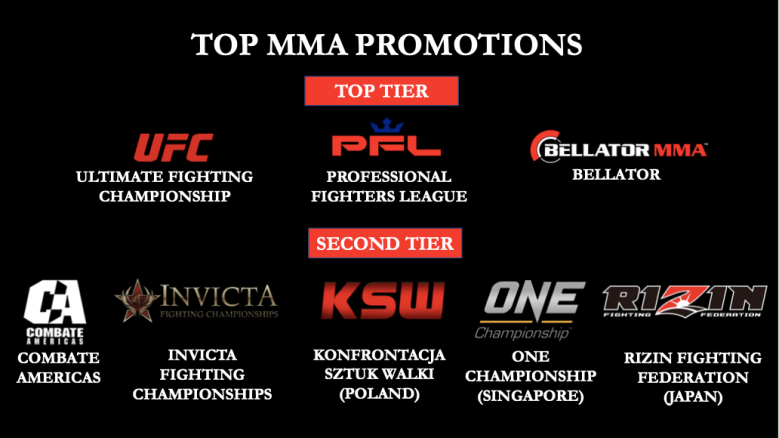 Shields won two Olympic gold medals for the U.S. as an amateur boxer in 2012 and 2016, and she’s already considered by many observers to be the best women’s professional boxing champ yet.

Harrison is also a two-time Olympic champion, though the 30-year-old captured her gold medals for the U.S. in judoka.

Additionally, Harrison was courted by all the major players at the top of the MMA promotional pyramid but ultimately chose the PFL over the UFC just like Shields did.

Harrison is 8-0 in MMA career, and she captured her first championship in 2019 in just her second year in the sport.

“I can do boxing and whip all these girls, and I’ll come over to MMA, learn all this stuff, and do the same thing,” Shields said.

Winning the PFL championship by 2022 is a tall order, but Shields certainly has given herself her best chance at achieving it by choosing to train at Jackson Wink Academy in Albuquerque, New Mexico.

It’s one of the best and most established gyms in the world, and Shields is surrounded there by some of the most accomplished fighters in the sport including UFC superstars Jon Jones and Holly Holm.

“Learning this stuff is great. I really can’t wait to see how I look in a year!” Shields said.

Getting that work in with the OG @HollyHolm 🦶🏾💪🏾🗣 pic.twitter.com/QlTOmyEXrY

Speaking of Holm, Shields hopes to follow in her footsteps, too. After all, Holm remains the only boxing champion in history to also win a world championship in MMA, and Shields hopes she can do the same thing in her career.

“That’s the plan. Right now, it’s just to get these first MMA fights out of the way and to just keep progressing. Hopefully, I’ll progress enough, and I’m good enough, that in 2022 I can fight in the PFL league [tournament] and go for the million dollars,” Shields said.

Here's a sneak peek at my chat with @Claressashields at @JacksonWinkMMA. 🧐

Great to hear how much @JonnyBones works with her.🙌 #mma #ufc #boxing #pfl #goat #gwoat pic.twitter.com/QZ0tlXPA2u

So just like she does in her boxing career, Shields is taking all the steps to fight the best fighters and the biggest names.

But she’s also going to go about things in the right way. Shields isn’t just looking to make a buck in a new sport. Shields is planning on dominating it.

“I just want to drill, drill, drill this year, and I feel like if I put in all the time I need to put in here, next year I will be able to put my name in the same sentence with Kayla Harrison, not just because we both have two gold medals, but because we both are accomplished MMA fighters.”

READ NEXT: Ex-UFC Champ on Departure: ‘I’m Taking It Personally’

Loading more stories
Boxing champ Claressa Shields signed with the PFL in December but she hasn't forgotten what one UFC superstar said about her.