I, Sniper, which chronicles the Washington D.C. sniper that dominated headlines in the fall of 2002 as the killing spree went on for over three weeks, will premiere on Monday, May 10, at 10 p.m. ET on Vice.

If you don’t have cable, here’s how to watch I, Sniper on your computer, phone, Roku, Fire TV, Apple TV, or other streaming devices: 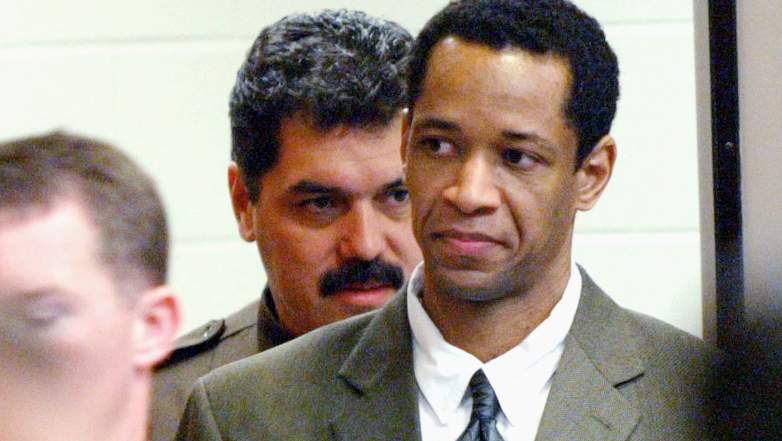 GettyWashington area sniper suspect John Allen Muhammad is led into court by sheriff deputies after a break in his trial at the Virginia Beach Circuit Court November 6, 2003.[/caption]

This eight-part series is Vice's latest documentary, this time looking at one of America's "most notorious killing sprees," according to Vice's press release.

For 23 days in the fall of 2002, 17-year-old Malvo and Gulf War veteran John Muhammad terrorized the Washington D.C. area with a series of random shootings from inside the trunk of a blue Chevy Caprice. They killed 10 people and injured three others.

I, Sniper "offers a gripping, minute-by-minute account of the 2002
Washington D.C. sniper case, with unprecedented access to the people at the heart of the story; the surviving shooter himself, Lee Malvo, opens up in a series of powerful phone calls from his supermax cell at Red Onion State Prison in Virginia and allows for an examination of the circumstances that led a teenager on the path to become a mass murderer."

The docuseries also features "never-before-heard interviews with survivors, victims’ families and investigators, including the lesser-known stories
of those brutally impacted by the killers prior to their arrival in Washington, D.C. This is the definitive account of one of America’s most infamous crimes."

“The D.C. sniper case was one of the most terrifying crimes in recent history. I, Sniper goes beyond the story we thought we all knew and investigates what led Lee Malvo down his horrific path," said Morgan Hertzan, Executive Vice President and General Manager, Vice Television. “Viewers will be seized by the incredible storytelling in this series and its ability to take you through this series of events like never before. VICE TV is committed to investigating different angles and digging deeper, and this is another example of that.”

“This ambitious project has been four years in the making," added creative director John Smithson. “In addition to securing unprecedented access to Lee Malvo, we also undertook extensive interviews with the investigators of the Washington D.C. Sniper case, the survivors and the victims’ families, so that we could view the story from all perspectives, and examine both Malvo’s childhood of deprivation in Jamaica and the murders in forensic detail. I, Sniper seeks to understand, not vindicate, and show how and why someone can become a mass murderer, even at the age of just seventeen.”

READ NEXT: How to Watch Snowpiercer TV Show Online Without Cable

Read More
Crime, Streaming TV, TV, Vice
wpDiscuz
0
0
Would love your thoughts, please comment.x
()
x
| Reply
'I, Sniper,' an eight-part docuseries about the Washington D.C. sniper of 2002, premieres Tuesday. If you don't have cable, here's how to watch the show online.