1. The PS4 Delivers a More Personalized Experience During Gameplay
PS4 will use real names when connecting to social networks and help you locate and track friends. You can watch games being played on a chat window and even be able to “reach out” and play them on a friend’s system.

2. If Your Friend is in Trouble You Can jump in Their Game and Save Them
New interactive features now allow your friends to look over your shoulder, post your screen during gameplay and even take over your controller if you let them. This “director” status allows others to manipulate game features such as your health, maps among other things. 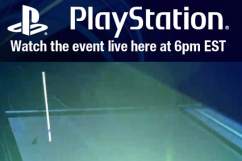 3. PS4 Will Come with a Dual Shock Controller

4. Accessing Content Will be a Lot Easier
The user interface has been redesigned to allow seamless upload on the go and the ability to play downloadable titles as they download in the background. Videos are uploaded as you play. The system also has been designed to reduce download times to zero by learning your likes and dislikes enough to tell which games you will purchase next and download them for you in the background.

5. Sony PS4 Will Use Gaikai to Stream PS3 Games


According to Gaikai CEO Dave Perry, you will now be able to instantly experience anything you want by trying out games for free, share if you like and pay only when you like. The share button on the controller lets you broadcast live gaming to friends. By partnering with Ustream, you now have the ability to stream to as many people as you like.

6. You’ll be Able to Multi-task with PlayStation Vita


The PS4 is truly multi-platform. It integrates social media, game streaming and multiplayer gaming environments together allowing for a personalized idea of play that connects to a broad range of services. With PlayStation Vita you will be able to multi-task with the Remote Play feature. Sony hopes to eventually make all PS4 titles playable on the Vita.

7. PS4 Will be Backward Incompatible with Legacy Systems
For hardcore game lovers, PS3 titles will not be natively supported on the PS4. Sony says it’s exploring ways to make this happen in the future, including older titles from PS2 and PS1, but for now, you are stuck with new titles. However, a lot of the PS4 titles are also playable on the PS Vita.

8. Destiny is Coming to PS4


Bringing a new developer that has not been on Playstation for over a decade, Sony introduced Destiny. Calling it the “PlayStation Nation,” Destiny will be offering exclusive content, both for the PS3 and PS4.

9. PlayStation 4 Will be Priced Under $500
Sony didn’t reveal any information on how much the PS4 will cost at its big press conference. According to the Asahi Shimbum, the new PS4 will cost around $428. This is the first report we’ve seen with any speculation of the cost. When the PS3 was initially released, the price was $599.

People are already going ape sh*t for this thing with ridiculous fan pages like this one.

Read More
Games, PS4, Sony, Sony Playstation Meeting 2013, Technology
Sony's much-anticipated unveiling was a bit of a letdown, but we still learned a ton about the PS4. Here's everything you need to know.