Eric Schmidt Google chairman hinted on Thursday that Google Now, the company’s Siri-like assistant for Android devices, is waiting approval from the App Store. Schmidt made the comment at the Big Tent Conference in India. Hera are 5 fast facts you need to know about Google Now for iOS.

2. A Leaked Google Video Confirmed Google Now for iOS
Google accidentally posted a promotional video for Google Now on YouTube.The promotional video of Google Now showed the app in action. Although it was quickly removed, an Engadget tipster recorded the promotional video and re-uploaded it.The video featured the same voiceover actress who narrated the original Google Now video. The video revealed that Google will integrate Now functionality for the iPhone and iPad. It will be a lot easier for users to access information.

4. Apple’s Siri Will Have Serious Competition
According to a recent study, it found that Siri is 68% accurate when in a room and only 62% accurate on the streets. In both settings, Google Now provided 86% accurate results. The study shows that Siri is wrong one-third of the time.

5. Google Now For iOS is Waiting for Apple’s Approval
Google’s Eric Schmidt spoke at Google’s Big Tent Conference in India this morning and hinted that Google Now will be making its way to the iPhone and iPad.  You can now listen to the recording here, just skip to 17:50 to hear about Google Now coming to iPhone. Schmidt’s comment hinted that Google has already submitted the Google Now application to Apple, and is waiting for approval. When Google submitted Google Voice app it took a while before it got a approved. Hopefully, it won’t take Apple as long to approve Google Now for iOS. 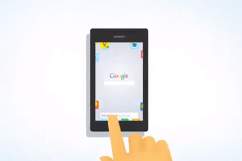