Google announced on Wednesday it will be shutting down its RSS Reader as part of the companies “spring cleaning.” Other services being shut down are API for Shopping and Google Voice App for Blackberry. Google’s Urs Holzle said in a blog post,” We launched Google Reader in 2005 in an effort to make it easy for people to discover and keep tabs on their favorite websites. While the product has a loyal following, over the years usage has declined.” Google Reader will officially be turned off by July 1st,2013. Since Google’s announcement fans of the service have expressed that they’re willing to pay more money to keep the service around and have noted their disappointment. We’re not sure if Google will even consider keeping its Reader around, here are some alternatives you should check out.

NetVibes:  If you’re looking for something that’s similar to Google Reader, you will want to check out NetVibes. It will give you the same vibe as Google Reader and you can read your news on different devices.

NewsBlur: If you’re familiar with NewNews Wire or Feed Demon, News Blur is very similar. NewsBlur will let you highlight and hide stores. Its perfect for obsessive newshounds. NewsBlur is available for the iPad, iPhone and Android.

Feedly:  According to Feedly’s blog, the company has been expecting Google to shut down its Reader. As soon as Google Reader shuts down, Feedly will launch Normandy which is a clone of Google Reader API. Feedly is pretty easy to switch to if you have been using Google Reader. The site also shows you how to migrate from Google Reader to Feedly. 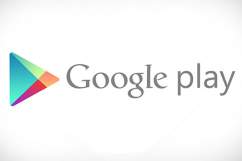