Leaked press images of the Huawei Ascend G700 smartphone have surfaced. The image shows both the front and the back of the device. The Huawei Ascend G700 will feature a 5-inch HD display, 2GB of RAM, a quad-core MediaTek MT6589 processor and will run on Android 4.2 Jelly Bean. It’s expected the new handset from Huawei will be available in two different models, the WCDMA and one with TD-SCDMA  support. We should expect to learn more information about the Huawei Ascend G700 soon. 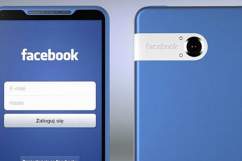