Microsoft’s goodwill with gamers may continue to plummet if this latest rumor about the company’s next console comes true.

New rumors have been circulating about the next Xbox (codenamed “Durango”) and its technical specifications. One rumor that takes a shot a used game sales is the system’s reliance on mandatory game installs.

VGLeaks obtained documents and screenshots that are contained within the Durango Xbox Development Kit (XDK). Several pictures seem to confirm some of the rumors heard about the next Xbox, such as it featuring a new high-fidelity Kinect sensor. One of the Durango XDK’s documents points to a new console specification that requires mandatory installs of newly purchased games:

Every Durango console will have a hard drive, although its exact capacity has not been chosen. It will be large enough, however, to hold a large number of games. All games will be installed on the hard drive. Play from the optical disc will not be supported.

One of the leaked screenshots taken from the Microsoft Durango XDK Documentation Setup Wizard.

The Durango XDK document also states that all games will be distributed via blu-ray discs, but these discs will only be used to install the game data that’s on it. After the disc’s game data is installed on the console’s hard drive, the disc is no longer needed since the disc can no longer be read. This could cripple the used game sales market if proven true.

The idea of used games being played on the next Xbox may possibly not come to fruition, since used blu-ray discs for the console won’t be able to install games or be read by other gamer’s Xbox Durango consoles. 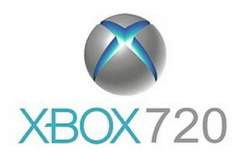