Back in 2011, Google officially announced Kansas City, Kansas would be the first community to get Google Fiber’s super fast internet network. It’s now being rumored Google will be bringing its service to the City of Austin, Texas. Earlier this afternoon, Google and the City of Austin, Texas sent out invitations to the press inviting various outlets to its press conference happening Tuesday. According to sources, Google will building a new campus or will announce Google Fiber will be coming to Austin, TX. Here are 5 Fast Facts You Need to Know about Google Fiber coming to Texas.

1. Google Fiber May Be Coming to Austin
The press has been invited to join Google and Austin, Texas’s press event which will be held Tuesday at 11 am. The invitation doesn’t go into detail about what will be announced at the event, but the invitation says:

On Tuesday, April 9, at 11 a.m., the City of Austin and Google will make a very important announcement that will have a positive impact on Austinites and the future of the city. We anticipate more than 100 community leaders and elected officials to be in attendance to celebrate this announcement. The event invitation is attached for your convenience. Although we cannot share the details of the announcement with you in advance, we know readers will want to learn more, so we encourage you to join us on Tuesday.

2. Google Plans to Turn Google Fiber Into a Business
We’re not sure if Google will announce a new program or a new office. Google Chairman Eric Schmidt recently announced publicly that Kansas City, Kan, won’t be the only city to get its service. Google has planning to turn its Google Fiber service, that offers 1 Gbps broadband internet service, into an upcoming business. Schmidt announced back in 2012 that the company had plans to expand its Google Fiber service.

3. The City of Austin is All About Getting Faster Internet
Back in 2010, City officials asked the residents of Austin to petition Google Inc. Austin residents we’re all about getting super fast internet. City Council member Laura Morrison said “We think it’s a terrific fit for the city of Austin. We’re a tech savvy city.” Austin would sense for Google’s new campus as it’s surrounded by tech companies, including AMD and Dell. The city of Austin made promo video to help bring Google to Texas. You can check it out here:

Austin Google Fiber Application VideoThis video was produced by the City of Austin, channelAustin, and Rindy Miller Media with the support of many community partners.2010-03-26T00:56:52.000Z

5. You Can Record 8 Programs At the Same Time on Your DVR
If you own a DVR and get connected to Google Fiber you will be able to record 8 programs at the same time. This means you’ll have enough space for all of your favorite tv shows and you won’t have to delete shows you haven’t watched on your DVR. Google Fiber also provides over 200+ HD channels and you can watch movies on-demand and Netflix using your Nexus 7. Oh and hd quality will be the clearest thing you’ve ever seen. 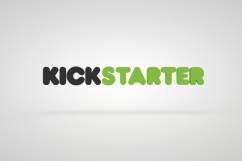 Read More
Google, Google Fiber, Nexus 7, Technology
Austin could be the next city with Google Fiber.