If you’re just joining us, iMessage is down and readers around the world have been sending in tips. According to our readers who’ve emailed us and commented below, iMessage is down in the UK, various parts of the US, including California, New York City, North Carolina, Kentucky, and Oregon, in a number of European countries, and even Australia. The Apple Status Page confirms that iMessage is not working and there are “some affected users.” Users have been tweeting up a storm about the iMessage outage. If you have any tips/info/screenshots, feel free to comment below or email me ian@heavy.com (also email me with any unrelated tech issues, too!).

UPDATE: iMessage is working for me again. Also we reached out to Apple to see if they had an ETA for the fix and what the cause of the incident was, but haven’t heard back. We’ll update this post when they respond.

my iMessage isn’t working…this is a problem

Apple just needs to invent a new iMessage or something

According to a number of Twitter users, iMessage is down and not working.

iMessage has been pretty glitchy recently, and now, it’s reportedly down for users.

However, the Apple Service Status page indicates that iMessage is working fine.

UPDATE: The Apple Status Page now says that iMessage isn’t working properly and that “some users are affected.” No word on when it’ll be back up.

Users quickly took Twitter to complain about the outage.

[Note: If you have any tips on the iMessage outage (like which countries it’s affecting), send me an email at ian@heavy.com or post a comment below. Please email some screenshots of iMessage being down as well!]

UPDATE: A reader says that he’s based from Chicago, Illinois, and iMessage isn’t working on his iPhone 4 device.

UPDATE 2: Another reader says that iMessage is down in Spain, Portugal, Andorra and Romania as well.

UPDATE 3: iMessage is down in New York as well (important to note that it’s working for me) and another reader emailed me this message: “A friend’s iPhone that I know is currently outside of Boston was showing up as not registered for imessage, then one went through, now bouncing between registered and not registered.”

UPDATE 4: iMessage is down in Oregon.

UPDATE 5: Getting emails from readers that indicate iMessage is down in Los Angeles and Atlanta (confirmed by a second reader) in the US, and Alberta and Ontario in Canada. It’s also down in Texas. Thanks for the tips and keep them coming! 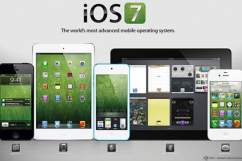 UPDATE 6: iMessage is also down in Quebec, Canada.

UPDATE 7: A reader in London emailed me saying that iMessage IS WORKING for him and his friends. As I mentioned before iMessage is working for me in NYC as well, but Apple has confirmed that there is an outage.

UPDATE 8: iMessage has been down for an hour in Puerto Rico as well.

UPDATE 9: iMessage is down for readers in Ohio as well.

UPDATE 10: iMessage is also down in Bridgeport, Connecticut. Also, it seems like Apple users from uptown Manhattan are having issues with iMessage, but we’re in Midtown and it’s working well for us.

UPDATE 11: Readers in Australia are reporting iMessage outages as well.

UPDATE 12: Readers from the Czech Republic also said that iMessage is down there.

UPDATE 13: iMessage is down in Melbourne, Australia, Norwitch, UK, and West Virginia in the US, according to our readers.

UPDATE 14: Readers from the Greater Los Angeles area, Nashville, Tennessee, and is on and off for users in London, UK.

. They were from Virginia.

UPDATE 16: Readers say iMessage is down in Plymoth and Basingstoke in the UK, Estonia, Mexico, Sacramento in California, and Mississippi.

UPDATE 17: A reader in Bristol, UK, says that iMessage isn’t working because it says users are “not registered.” 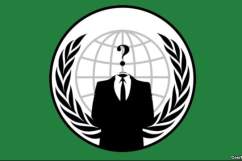 UPDATE 20: Other readers emailed in saying iMessage is not working in New Brunswick, Canada and Morristown, NJ. Here’s another pic from a user:

UPDATE 21: And here’s another screenshot (it’s in Czech):

UPDATE 22: iMessage is down in Idaho as well.
UPDATE 23: And Kentucky. Seems like there no explanation as to where iMessage is working.
UPDATE 24: Readers in DC, Indiana, Seattle, and Australia are confirming the iMessage outage. In addition, it’s down in Manitoba, Canada as well.
UPDATE 25: Readers are saying that FaceTime is down as well.
UPDATE 26: A reader in Switzerland says that iMessage is down for him as well. In addition, his iPhone reinstalled previously deleted apps.
UPDATE 27: A reader in Colorado is also suffering iMessage issues. Similarly, my iMessage has finally gone down (in Midtown NYC).
UPDATE 28: Another reader confirms that iMessage isn’t working in Portland and in Alabama as well. A different user says it’s not working in Singapore either.
UPDATE 29: A user from Scotland sent in this screenshot:


UPDATE 30: Thanks again for the comments everyone! Keep ’em coming. Users are saying iMessage is down in Nebraska, Maine, and Massachussettes in the US and in South Africa and Netherlands as well.
UPDATE 31: Here’s a screenshot from Alabama! (Warning: Foul Language ahead).

UPDATE 32: Check out this interesting error message:
UPDATE 33: iMessage is back for some users, but still not working for a lot of people including users in Boston and Memphis.
FINAL UPDATE: iMessage is back for most users, though there are still some outages near Japan and Hawaii. Thanks for everyone who sent in tips!

Is iMessage not working for anyone else?

Anyone else’s iMessage not working or is it just me

Read More
Apple, iPhone 5, Technology
iMessage is reportedly down and dozens of users are complaining on the outage on Twitter.