Tumblr released an app for Windows Phone 8 yesterday, and is back again with a new update for their iOS app. The Tumblr app for Android already allows users to share blog posts, and now, iOS users can join them too; iDevice owners can now share Tumblr blog posts to Facebook and Twitter. The updated app also lets users save blog posts for a later time using services like Pocket and Instapaper. The new template can allow users to email blog posts to friends and family. A few tweaks have been made to the navigation, which you can swipe up or down if you want to close photos, and animated gifs have support on the dashboard. It’s not considered a major update, but if you use Tumblr frequently while you’re on the go, you will appreciate the new features.

You can download Tumblr app from the App Store here. 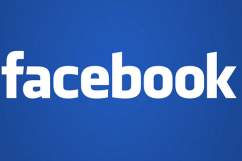