1.Both Services Are Very Popular Apps

Apple released a press release this morning announcing the two new additions to the Apple TV App Store. SVP of Internet Software and Services Eddy Cue said both services, HBOGo and WatchESPN, were added to the television based on their immense popularity as apps. The company also mentions that iTunes contributed to this decision since they claimed that viewers have bought over 80,000 TV episodes and 350,000 movies per day. For Apple, this is a big investment that should pay off since both channels have monstrous libraries filled with years of documentaries, feature films and television shows that will be available with one easy click.

With the addition of Skynews, Crunchyroll and Qello the small box has become a strong source of content. Qello and Crunchyroll are worldwide services that give viewers access to libraries filled with anime and recorded concerts while Skynews provides 24/7 news coverage for users in the US, UK and Ireland. WatchESPN has offerings from five different ESPN channels while HBO Go holds every aspect of the cable channel’s programming. Other partners with Apple TV included Netflix and Hulu but Apple still has some work to do despite these new providers.

HBO Go is already available on Roku but its library still eclipses Apple’s. The company has always remained cautious about the sources it partners with but may have to keep developing this aspect of its box software. Essentially, it still is playing catch-up because competitors like Xbox 360. Despite this, the advantages Apple has so far is that these apps are all free while Xbox 360 requires a subscription. This small detail could be the key for the TV to shoot to the top of everyone’s wish lists.

4.There Is A Catch

Variety reports that some restrictions will be placed upon these new programs. Todd Spangler writes that Direct TV and Charter Communications are two exceptions that will not allows access to HBO Go. DirecTV and Dish Network are “satcasters” who will prevent access to WatchESPN. All four of these companies will only allow this if consumers are already a previous customer which then requires the participation of your current cable provider. Here is a list of those who will offer support.

5.This Small Little Box Will Be Very Important

This tiny little square may not look like much but it has plenty of potential. While the plans for this integration have been around for awhile, the TV could become one of the best products the company releases. An expected redesign targeted for this fall includes video game capabilities an added use of iradio. Since the firm has never really seemed to refine the TV’s brand, incorporating numerous features like this can essentially morph into the “swiss army knife” of innovation. Making it a one stop shop for content will a great business move but hopefully Tim Cook and his team can overcome a few obstacles. 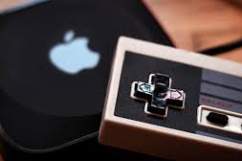