IPhone fans are seeing colors after images from a Chinese website were released today. The images show a comparison between various models of iPhones, from the 4s to the highly anticipated 5s. Here’s what you need to know:

1. Welcome to the World of Color


IPhone users have never had many choices when it comes to the color of their phone. The iPhone 5s may finally break this trend, by offering users multiple color options. From the images we’ve seen, the 5s may allow users to choose from a range of colors for their iPhones. Hopefully, Apple will finally break out of black and white and into the world of color with this new phone. 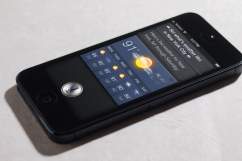 
Since its release 8 months ago, the iPhone 5 has hit record-breaking sales. In the first weekend alone over 100 million devices were sold, with sales topping 5 million. There is much anticipation for the iPhone 5s, suggesting similar record-breaking sales for Apple’s newest device. Apple can use this possible boost in revenue, after the company experienced a rough financial quarter in which their stock plummeted.

4. See you next fall


Apple users were hoping for a summer release for the iPhone 5s. However, rumors and hints from CEO, Tim Cook, seem to point to a fall release date. Apple could use their upcoming WWDC as a big stage to unveil the new iPhone 5s, but for now hopefuls will just have to make do with leaked pictures and colorful possibilities.