Samsung may be on a hot streak. Earlier today, The Verge reported that the Samsung Galaxy S4 has already broken another shipping record. Based on information obtained from several Korean news organizations, the smartphone maker has shipped 20 million Samsung Galaxy S4’s in 68 days. The company did not confirm or deny this when The Verge asked for comment but this could be a huge milestone for the mobile phone maker. Shipments for the Galaxy s4 model broke 10 million in May within a month of its official release. If these figures are accurate, J.K. Shin’s company has made the fastest selling Android phone in existence.

Official comments from Samsung should come soon but these sales figures have already eclipsed the previous version. The Samsung Galaxy S3 took 100 days to reach this milestone. The company is also expected to announce their quarterly earnings within the next week as well. This will help support that but probably will hold off this announcement. The biggest issue this information presents is that Samsung still can’t compete with iPhone. It got close but Apple still overshadows it. 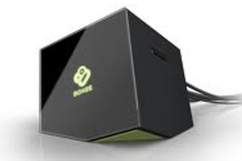