Apple has officially released the iPhone 5S & iPhone 5C to the world but now eager fans are awaiting the next series of tablets. In this video from Unbox Therapy, we may have gotten our first look at one of the accessories for the upcoming iPad 5.

The video was posted on the Youtube channel Unbox Therapy. These new smart covers could come in a selection of colorful options similar to the iPhone 5C. The demo shows these attached to a slimmer on the front side and rear panel of a slimmer, next-gen iPad.

Continuing with the trend of two different items for each product line, the primary rumor for these new tablets is that they will be named “iPad 5” and “iPad Mini 2.” Both tablets are supposed to take cues from the iPad Mini design and the purported iPad 5 seen in the video does contain a smaller build. Another shred of evidence that could support this is that the color scheme is similar to the options created for the 5C. While we have nothing confirmed yet, this video does support the likelihood Apple will launch these devices sooner rather than later. 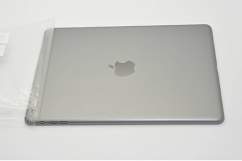 Read More
Apple, iOS 7, iPad, iPad 5 Rumors, Tablets, Technology
The rumored iPad 5 will have a series of colorful smart covers according to this new video. Watch it here.