GMail users were very happy this morning when yesterday’s outage was solved. (Gizmodo)

Google has posted an apology today for the the Gmail delay that occurred yesterday. The disruption induced long delays estimated to be two hours or more for messages to be sent between accounts.

This is a very rare event in which two separate, redundant network paths both stop working at the same time.The two network failures were unrelated, but in combination they reduced Gmail’s capacity to deliver messages to users, and beginning at 5:54 a.m. PST messages started piling up.

The glitch had been fixed around 10 p.m. EDT last night but was considered to be one of the most widespread GMail disruptions since the program was created.

While this issue affected people for most of the business day, Sabrina Farmer offered this solution on how this occurrence will never happen again:

We’re taking steps to ensure that there is sufficient network capacity, including backup capacity for Gmail, even in the event of a rare dual network failure. We also plan to make changes to make Gmail message delivery more resilient to a network capacity shortfall in the unlikely event that one occurs in the future. Finally, we’re updating our internal practices so that we can more quickly and effectively respond to network issues.

Techcrunch notes that Google will reveal these changes in the next few weeks. 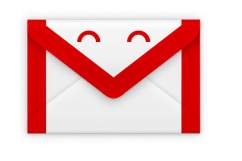 How To Quickly Remove The Blue Favicon From Your Gmail Account