Comcast’s new app could have just given the company a serious edge in the cord cutting debate. (Comcast)

Comcast has unveiled a brand new for its customers. Titled the Comcast Xfinity TV Go app, the program allows subscribers to stream up to 35 channels of live content to their phone. Channels include every network that falls under the Disney and ESPN umbrella as well as every major news network you can you think of. 25,000 On Demand choices are available for download over a strong wi-fi connection for Apple & Android devices.

Of course, this advantage could be short-lived in the extensive cord-cutting debate. TV networks and cable providers are looking to find a way to capitalize on streaming services. Time Warner offers eight channels for its customers while DirectTV only gives seven. The ability to watch shows anywhere at anytime is nothing new but the amount of content is pretty amazing. Netflix has sparked an intense war for firms to figure out how to capitalize on the new streaming trend. Comcast could have just gained a leg up but it won’t last long. 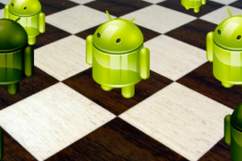