The Nexus 5 may be launched today or tomorrow, reports Artem Russakovskii and BGR.com respectively. Here’s 5 Fast Facts You Need to Know.

Artem Russakovskil predicted the Nexus 5 launch being today; he said the following in a Google+ post:

The release should happen no later than 11am Pacific, but knowing Google, it’s probably going to be between 8-8:30 and 10am. 11am is the worst case scenario.
Hold on to your butts, people, we’re about to finally have lift-off!

Other sites have stated later dates, but Artem appears to have an inside connection.

A redditor using a throwaway account posted the following pictures.

According to BGR.com, the phone will see at a relatively low price of $349 retail.

The Verge had previous reportedly that what was likely an error in the Google Play store resulted in the listing of the phone. The price in this listing was identical at $349, and even included a $300 version of the phone with only 8GB of memory.

After an “Ask me Anything,” regarding a user who had done a hands-on with the device, Redditor bckbck compiled the following fact sheet, based on information from this post.

Feeding the flames further, redditor BenjaminSherwood alleges that he called his local “Carphone Warehouse” regarding the Nexus 5 and was told that “Oh, we’ve just got some in this morning, actually…” He says that they could not disclose the price because it was not in the system yet.

More information as it emerges. 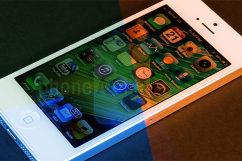