A new book about the history of Twitter offers new insight into the role Jack Dorsey played in the development of the company. Here are ten fast facts you need to know about the co-founder.

1. Dorsey’s Aspirations Were In Fashion, Not Tech

One of the most startling revelations from the tome was that the founder really wanted to pursue a career in fashion. In February 2006, Dorsey was talking with a colleague after a night of drinking. Without warning, he blurted out that he wanted to be a fashion designer. Bilton alleges that Dorsey’s role as a manager was sub-par, becoming more of a nuisance than an actual help. His dreams of starting his own clothing line. When his antics became too much, Evan Williams told him he needed to settle down:

“You can either be a dressmaker or the C.E.O. of Twitter,” [co-founder Evan] Williams said to Dorsey. “But you can’t be both.”

Zuckerberg was puzzled on how to adequately use Dorsey in his company. (Getty)

For a period time, Zuckerberg was considering purchasing the microblogging platform when his attention fell on Jack Dorsey. Eventually the company grew tired of Jack so he was forced out. Dorsey was interested in Facebook buying the company so he decided to reach out to Zuckerberg. The Facebook CEO was interested in the exec but Dorsey began to worry about word spreading in regards to his ouster. Ultimately, the “co-founder” had bigger plans so he avoided joining the company despite the fact that Zuckerberg had no actual job title for him if he joined. 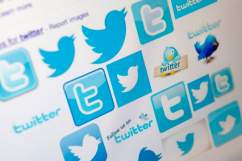 Twitter Partners With Comcast For “See It” TV Feature: 5 Fast Facts You Need To Know

Microsoft may have morphed Twitter into a completely new creation. (Getty)

Since Facebook decided to pass on the company, other buyers may have stepped in. The intriguing aspect though is how eclectic this group was. Microsoft’s Steve Ballmer and former Vice President Al Gore approached Twitter about a possible deal. While Zuckerberg went one step further in courting Dorsey to work for him.

Bilton’s novel dispels the notion that Dorsey played such an influential role in the creation of Twitter. Despite holding the CEO title, Dorsey’s real contribution to Twitter was offering ideas about status updates and the famous 140 character limit feature according to Bilton’s reporting. The excerpt in The New York Times explains that an individual named Noah Glass played a bigger role in the inception of Twitter. Glass came up with the name and other elements despite how Dorsey has declared he was the sole inventor. 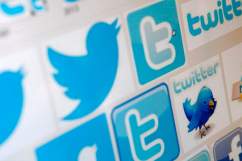 5. Dorsey Led A Campaign To Remove Glass From The Company

I wish the twitter team the best of luck and trust that they will be successful in continuing to develop this important communication tool.

Bilton divulges that Dorsey developed a scheme to get Glass out of the CEO position since the businessman was vocal about his opinion. Dorsey did the same thing for Evan Williams in 2011. Ev Williams disagreed with Glass on certain company matters as well so he was the one who delivered the news that he needed to leave the firm. This move cost Glass his shares and won’t be able to capitalize on the upcoming IPO while Williams stepped down cause of machiavellian maneuvers behind the scenes to have the board boot him to make room for current head honcho Dick Costolo. The last tweet seen above comes from Glass’s own twitter profile.

Jack Dorsey: The Birth of TwitterIn this clip, Square and Twitter Co-Founder Jack Dorsey shares how Twitter came into existence, while he was working at Odeo, a consumer podcasting company. Dorsey joined Odeo to gain a greater understanding of the consumer Internet market, but eventually learned that few people at the company, including him, were interested in podcasting. Dorsey says the Twitter project began at Odeo, when at the company's urging for new ideas, he suggested the concept that would become Twitter. View more clips and share your comments at http://ecorner.stanford.edu/authorMaterialInfo.html?mid=26392011-02-15T21:51:07.000Z

Dorsey led a startup called Odeo that eventually became Twitter. The podcasting company started to bleed cash in 2005 so Dorsey decided to develop this concept. Glass founded the company with him but Bilton points out that a boundary-free approach helped the company thrive. The eventual downfall for the organization came from Apple incorporating podcasts into iTunes causing both founders to struggle with deciding how to move the company forward.

7. Instead of Tweets, We May Have Been Sending Out Vibrations

Twitter may have looked completely different if the founders went with a different name. (Getty)

Inc. writes that Twitter almost was called Vibrate. Glass leaned towards calling it “Friendstalker” but avoided that option as well. The former exec felt the noise that his cellphone made when the volume was turned off was an applicable title for the company but was dismissed by Dorsey. According to Bilton, Dorsey favored the noise birds made as a title since he was browsing the “Tw” section of the dictionary.

8. Jack Dorsey Solidified His Reputation As Much As Possible Before Starting His New Companies

Jack Dorsey became very popular with venture capitalists during his days at Twitter which helped him start projects like Square. (Getty)

Despite the release of the book, Dorsey has built his reputation up over the past few years to have a lucrative career in technology. Although he returned to talk with the other founders to prep for the IPO filing announcement last week, Dorsey currently runs a company called Square. His efforts are focused on this small plastic dongle which lets you make purchases from your mobile device with a simple swipe of your credit card.

9. He Will Probably Need Some Serious P.R. Help To Repair This

The Innovator: Jack DorseyWhen Jack Dorsey invented Twitter, he changed the way we communicate. Will his latest creation, Square, change the way we shop? Lara Logan reports. Get more at http://www.cbsnews.com/ Click HERE to SUBSCRIBE: http://bit.ly/WhW7pc2013-03-18T00:10:16.000Z

Dorsey may be doomed once the book is available for readers on November 5th. However, the exec may be considered as Twitter’s own “Steve Jobs.” A brusque, creative genius that wanted to erect a tech company to fit his own vision is the best simile you could probably think of but that might be too much of a stretch. Regardless, Dorsey needs some serious help in terms of reputation management especially with the IPO creeping closer.

10. Dorsey’s Role in Twitter’s IPO May Be Questionable

Evan Williams may not be smiling in a few weeks after the book gets released. (Getty)

Although he stands to receive about half a billion dollars from this upcoming event, Bilton’s novel could affect how active Jack is in the preparation process. Ev Williams and Dick Costolo could take a larger leadership role as the company goes public. Have your thoughts changed about Jack Dorsey? Leave a comment below. 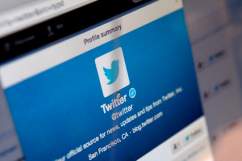