Apple has shut down Apple-tracker.com which followed product availability for specific devices. Here are five fast facts you need to know.

1. Apple Is Forcing Customers To Wait In Line

Apple has made it harder to track their products once they are released. (Apple Tracker)

Every year, the new iPhone & iPad generates tons of hysteria. Timed right near the holiday season, customers flock to Apple Stores hoping they can obtain the new tablet and smartphone. The high demand causes drastic shortages so people are forced to place online orders. In order to maintain that cycle, Apple has closed down a unique website which provided information for consumers to seek out supplies for these devices.

2. Apple Tracker Was Forced To Close

The website was created by a talented developer with the twitter handle @tikotzky but named Mordy. Apple Tracker involved having visitors tpe in their zip codes to search for iPad Air and iPhone 5s stock. This was incredibly helpful for Apple enthusiasts who don’t have time to wait through the long lines.

3. The DMCA Letter Claimed The Site Was Perjury

Apple claimed this violated their terms of service. (Apple)

Mordy posted the full letter on his website providing reasoning why his site can no longer work. The note alleged that Apple Tracker “scrapes and collects data from apple.com in violation of the apple.com Internet Service Terms of Use.” Mordy obliged since he didn’t have the legal means to combat Tim Cook’s tech empire. Read their argument below:

Your Use of the Site. You may not use any “deep-link”, “page-scrape”, “robot”, “spider” or other automatic device, program, algorithm or methodology, or any similar or equivalent manual process, to access, acquire, copy or monitor any portion of the Site or any Content, or in any way reproduce or circumvent the navigational structure or presentation of the Site or any Content, to obtain or attempt to obtain any materials, documents or information through any means not purposely made available through the Site. Apple reserves the right to bar any such activity.

Apple has their own product search too. (Apple)

Oddly enough, there are other websites exactly like Apple-Tracker.com. It’s confusing as to why Apple punished this one for its practices especially after its service expanded to include stock for the iPad Air. Apple has had its own version offering these similar services too.

5. The New iPad Mini Will Cause The Same Problems

Expect the lines at the Apple Store to get longer. (Getty)

Apple Tracker would have been helpful when the new iPad Mini goes on sale this month. It’s to figure out what exactly was illegal about this. It’s no secret that its impossible to obtain one of these items as soon as they become available. The opposite argument is that the new mini tablet could already be in short supply thanks to the production process it takes to create the retina display. Devoted fans of the Mordy may desperately need his help in the next few weeks so we’ll see how this turns out. 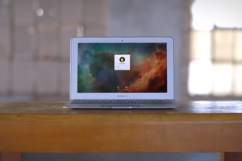 The Knock App For iOS Unlocks Macbooks From Your iPhone